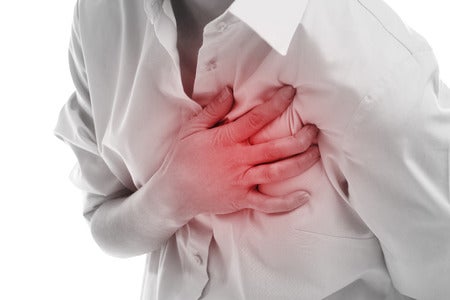 A mom in China was so frustrated with her son’s failure to grasp his homework that she suffered a heart attack. INQUIRER.net stock photo

A mother in China almost lost her life after suffering a heart attack while repeatedly explaining a math problem to her son who could not grasp it.

The woman, identified as Wang, was helping her son in the third grade with his homework last Friday, Nov. 1, as per Sin Chew Daily via AsiaOne today, Nov. 7. The 36-year-old mother began getting frustrated when her son could not answer the problem correctly despite multiple explanations from her.

“Suddenly, my heart was palpitating and I couldn’t breathe properly,” she was quoted as saying.

She then called her husband and was brought to the Xinhua Hospital. Yang Xiaoxue, a doctor at the facility’s internal medicine department, diagnosed Wang with myocardial infarction (heart attack). As per the report, Xiaoxue stated that the mother had detected the problem in time.

“If there had been any delay, she could have suffered from heart failure,” the doctor said.

Following the incident, Wang admitted that she would usually get frustrated with her son while helping him with his homework. According to the report, she never expected her exasperation to have “such serious consequences.”

Xiaoxue also pointed out that an unhealthy diet and stress are the biggest causes of heart diseases among younger patients like Wang. Meanwhile, Florence Huang, Hong Kong-based psychologist, added that parents must learn to manage their emotions.

She said, “When this state of experiencing anger and aggression at home is prolonged, the children’s self-esteem may be affected, leading to self-blame and feelings of shame, humiliation and helplessness.” Ryan Arcadio/NVG