MANILA, Philippines – “This is a very welcome development.”

Senator Bong Go made the remark on Wednesday upon learning that Vice President Leni Robredo accepted her designation as co-chairperson of the Inter-Agency Committee on Anti-Illegal Drugs (ICAD). 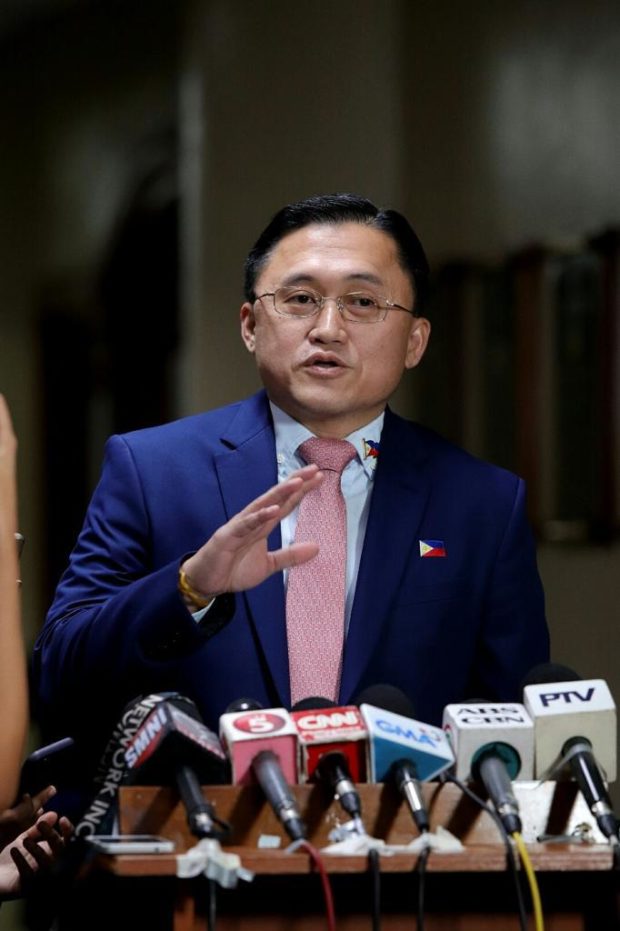 President Rodrigo Duterte designated Robredo as co-chairperson of the ICAD in a memorandum signed on October 31, days after Robredo said in an interview that the government’s campaign against drugs has not been effective.

Bong Go said Robredo would be given a chance to deal with the drug problem the way she wants.

He also clarified that the designation is not a trap, as claimed by some critics of the administration.

The senator said that the President’s decision is in the interest of the Filipino people.

“We want her to succeed. Unahin natin ang interes ng karamihan, interes ng bawat Pilipino We will prioritize the interest of the Filipino people).”

He also hopes that with Robredo’s contribution, more people will be satisfied with the administration’s anti-illegal drug campaign.

He, however, stressed the need to strengthen further the fight against illegal drugs in order to continue the success of the anti-drug campaign.

Bong Go said the administration’s tough stance against drug lords has succeeded in reducing their number.

He added that he would also monitor the anti-drug operations under Robredo’s watch, especially the innocent lives that may become victims of drug-related crimes.

Robredo’s designation is effective until June 30, 2022, unless revoked earlier by the President. /gsg