Pagasa: Wet, cloudy Thursday in parts of Luzon, W. Visayas due to ‘Quiel’ 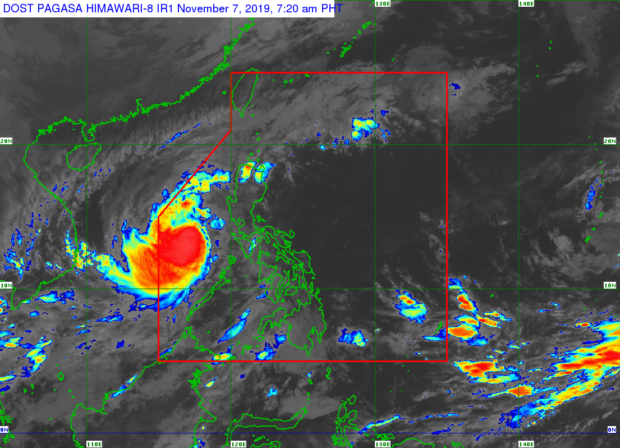 In its 5 a.m. live weather update, the Philippine Atmospheric, Geophysical and Astronomical Services Administration (Pagasa) said that “Quiel”, as well as the tail end of a cold front, will bring cloudy skies with scattered to widespread rain showers and thunderstorms over the Ilocos region, Cordillera Administrative Region and Cagayan Valley.

Cloudy skies with scattered rain showers and thunderstorms due to “Quiel”will also prevail in Zambales, Bataan, Mindoro and Palawan, along with Western Visayas

Metro Manila and the rest of the country, meanwhile, will have partly cloudy to cloudy skies with isolated rain showers due to localized thunderstorms.

Pagasa said that “Quiel” was last spotted at 400 kilometers west of Coron, Palawan.

“Quiel” packs maximum sustained winds of 85 kilometers per hour (kph) near the center and gustiness of up to 105 kph.

The state weather bureau also said that it is currently monitoring a typhoon Halong outside the Philippine area of responsibility (PAR).

The typhoon packs maximum sustained winds of 185 kph near the center and gustiness of up to 230 kph.

“Halong”, however, is not expected to enter the PAR, Pagasa weather specialist Loriedin Dela Cruz said during the live weather update.  /gsg