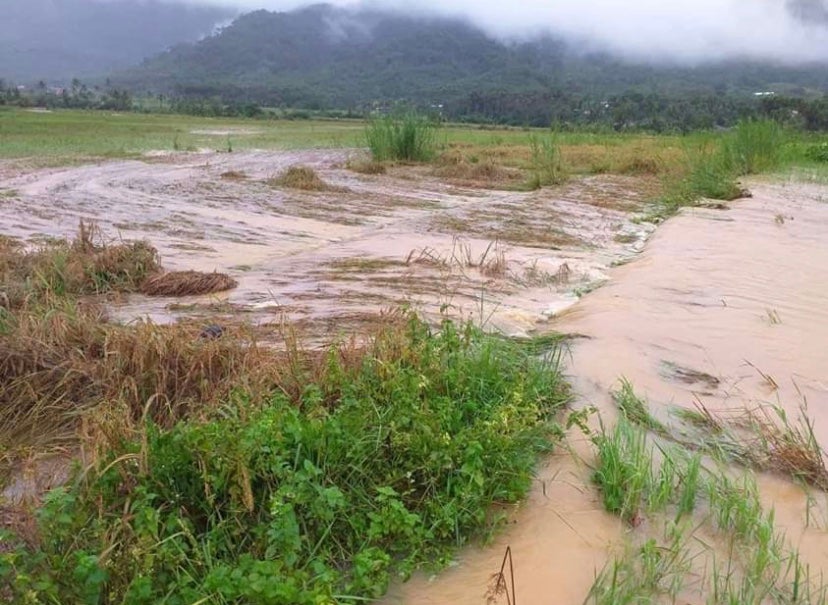 Farms in Cagayan province are submerged in floodwater due to heavy rains. PHOTO FROM CAGAYAN INFORMATION OFFICE

TUGUEGARAO CITY—Cagayan is now feeling the effects of Tropical Depression “Quiel” after some low-lying areas and farms in the province were submerged in flood brought by relentless rains.

The towns of Sanchez Mira, Pamplona and Claveria were also flooded due to the heavy downpour.

Rapsing said three families were evacuated to higher grounds while the Sitio Surngot Bridge in Portabaga village, also in Sta. Praxedes, was damaged.

The heavy rain and flood also forced class suspension and road closure in Sanchez Mira and other areas.

The effect of Quiel, which entered the Philippine area of responsibility on Tuesday, Nov. 5, is being enhanced by the frontal system, according to the Philippine Atmospheric, Geophysical, and Astronomical Services Administration.  Villamor Visaya Jr./TSB