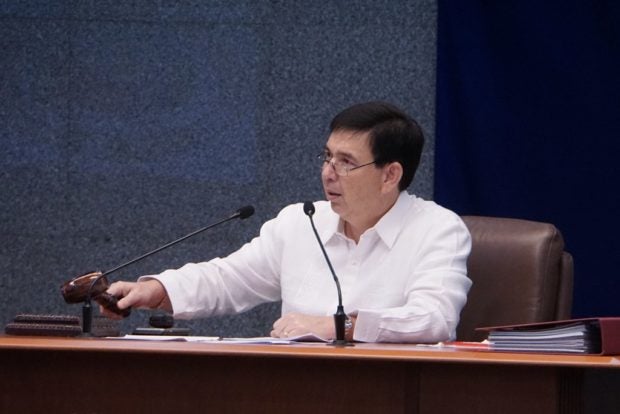 “Congress cannot be impervious to a tragedy which threatens the schooling of millions of children,” Recto said in a statement.

“It is duty-bound to increase the DepEd’s capital outlay funds because the provision of a safe environment for learning should be given the highest reconstruction priority,” he added.

Recto said DepEd’s budget for school building in 2020, as proposed by the Department of Budget and Management, is P20 billion, which is lower than the education department’s original proposal of P171.7 billion.

The senator said the DBM-endorsed amount can only cover 8,000 new classrooms which do not meet the 64,795 shortage in public school classrooms reported by DepEd.

“The earthquake aggravated the shortage. It has shaken the foundation of an already feeble allocation for critical social infrastructure. DepEd’s construction budget was already in a calamitous state before the earthquake struck,” Recto said.

He added: “DepEd is not asking much to replace the classrooms damaged, just P1.6 billion, which is within the power of the Senate and the House to grant through next year’s general appropriations.”

DepEd earlier said that its funds may be insufficient to repair schools damaged by the series of earthquakes that hit parts of Mindanao.

(I think we may lack funds because there were more disasters than I suppose planned for. Then it will have to wait because disasters came one after another, especially the series of earthquakes. They might lack funds.) /jpv