NCRPO: Phones of cops in ‘smuggling try’ not used for transactions at NBP 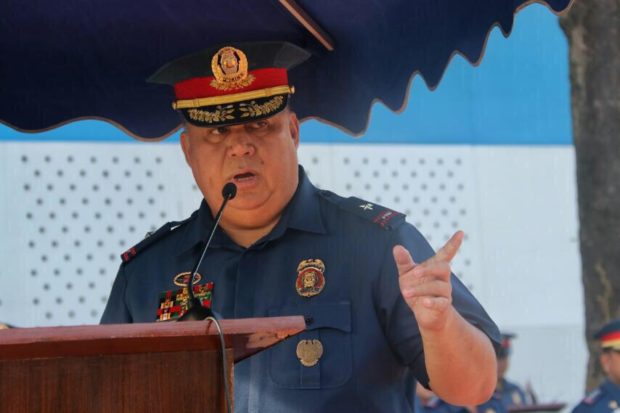 MANILA, Philippines — The cellphones of 14 police officers implicated in the alleged attempt to smuggle contraband at the New Bilibid Prison (NBP) in Muntinlupa City were not used for transactions inside the national penitentiary.

“Lahat ng cellphone, 14 doon may mga interactions, discussions with their families, friends, so more or less ginamit ito as personal use. Wala kaming nakitang irregularity doon,” he said in a press briefing at the Kamuning Police Station in Quezon City.

(All the 14 cellphones contained messages of interactions and discussions with their  families and friends, so more or less, these were for personal use. We did not see any irregularity from that.)

He said the 14 police officers, who had just finished their Internal Security Operations course, may soon return to their respective assignments, but minor cases for not following instructions in not bringing cellphones at the NBP will be filed against them.

Intelligence officers who conducted a background check on the police officers also did not find “anomalies” in their lifestyle, said Sinas.

Cases of grave misconduct, meanwhile, will be filed against two policemen involved in the alleged smuggling attempt and their two superiors who allegedly ordered them to sneak 60 sticks of cigarettes and liquor hidden in two bottles of iced tea at NBP.

Sinas said the NCRPO is just awaiting laboratory findings on the cigarettes and liquor allegedly seized from the two policemen before wrapping up its investigation on the four officers. /jpv