Pagasa: LPA in PAR boundary likely to develop into a tropical depression 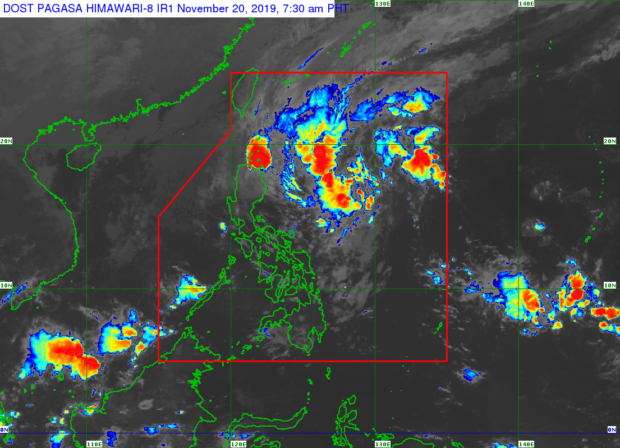 MANILA, Philippines — The low-pressure area (LPA) in the boundary of the Philippine Area of Responsibility (PAR) has a high chance of developing into a tropical depression in the next 24 to 36 hours, the state weather bureau reported Monday afternoon.

The Philippine Atmospheric, Geophysical, and Astronomical Services Administration (Pagasa) said the LPA was spotted 700 kilometers west of Oriental Mindoro as of 3 p.m.

Pagasa said the weather disturbance would remain at PAR’s boundary in the next two to three days and would be named “Tropical Depression Kiel” once it enters the country’s waters.

The LPA’s trough, however, will affect parts of Ilocos Region, as well as the provinces of Zambales, Bataan, Occidental Mindoro, and Palawan.

Meanwhile, another weather disturbance is being monitored outside PAR.

Severe Tropical Storm Halong was spotted 3,400 kilometers east of Northern Luzon but is not expected to enter PAR, Pagasa said.

Cloudy skies with scattered rain showers and thunderstorms are expected over extreme Northern Luzon, Cagayan, Apayao, Ilocos Norte, and Batanes due to the frontal system.