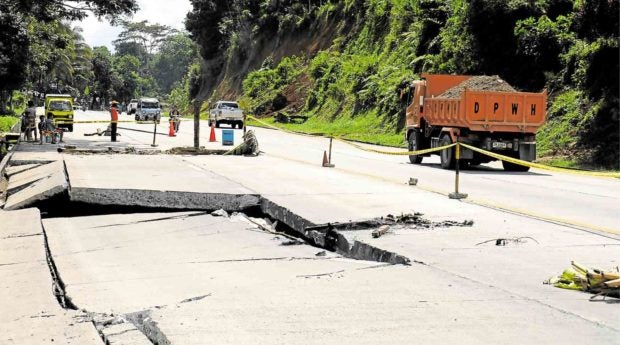 MAKILALA, Cotabato, Philippines —Sen. Francis Tolentino is pushing for the establishment of a Department of Disaster Management, an idea he revealed on Sunday during his to earthquake-hit areas in this province.

At the Makilala Elementary School, where he led the distribution of relief assistance to displaced families, Tolentino told reporters that creating the department would be “the right response” to the series of earthquakes that already claimed the lives of 21 people since Oct. 16.

According to Tolentino, activating the DDM will cure the defects of the National Disaster Risk Reduction Management Council, which he said was just focused on policy-making.

“The NDRMMC under the new agency will remain. We need changes because in our 1977 Building (Code), our tallest building is just six floors. Now, we have 42 to 48-floor buildings,” he said.

According to Tolentino, the national government should go beyond the culture of “duck, cover, and hold.”

“We should go beyond immediate rescue operations. We should also include what to do with damaged buildings,” he said.

“I will leave the template how to do the building audit same to what we did in Manila in inspecting the cracks and electrical defects,” he added.

The death toll in the three earthquakes that struck staring on Oct. 16 stood at 21 and the government recorded nearly 28,000 families displaced in areas devastated by strong tremors.