Clement: AFP to be vigilant for terror attacks after ISIS leader’s death 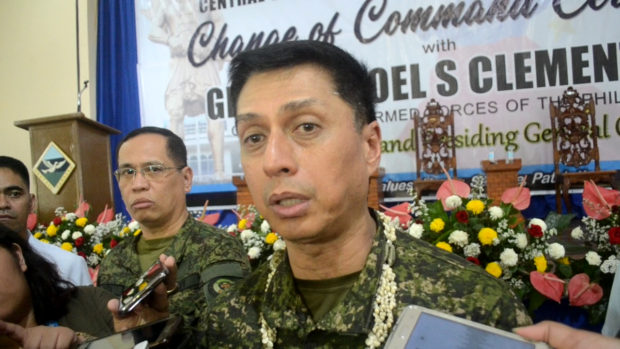 “We are exerting efforts to stop these (attacks) from happening,” said Clement, who was in Cebu to witness the turnover of command at the AFP Central Command (Centcom) in Camp Lapu-Lapu, Cebu City.

Clement was Centcom chief before he was named AFP Chief of Staff. He came to Cebu to witness the installation of his replacement, Major General Roberto Ancan.

Clement told reporters that the death of the international terrorist leader would not end terrorism since there were other terrorist organizations that would continue to wreck havoc on the lives of civilians.

Clement said it was important for the public to remain vigilant alongside security forces in the country.

The deadly attack in Marawi City in 2017 was considered an ISIS-led effort in establishing a caliphate in Mindanao.

In the Visayas, Clement wanted Ancan to continue his efforts in preventing terroristic activities from spilling into the region, which is considered a primary tourism hub in the country./lzb