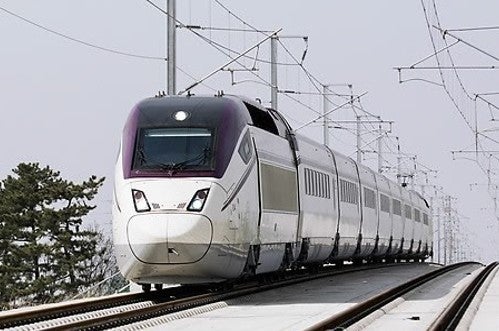 The Ministry of Land, Infrastructure and Transport announced its vision for “metropolitan transportation 2030,” presenting three goals: to shorten travel time in major regional hubs to 30 minutes, cut down travel costs by up to 30 percent, and reduce by 30 percent the time people spend transferring between vehicles or train lines.

For a start, the government plans to build large-scale underground roadways to resolve the congestion on major arterial roads.

It is reviewing the construction of deep underground roads beneath Seoul’s Gangbyeon Expressway or its Olympic Highway, as well as the Sasang and Haeundae districts of Ulsan and Busan, respectively.

The eligibility survey for private capital is already underway for Sasang and Haeundae, while research is ongoing for the Gangbyeon and Olympic highways.

In Seoul, an underground road is more likely to be built beneath the Olympic Highway because the Gangbyeon Expressway is narrower, the ministry said.

When the underground road is built, it will be open to private vehicles while the aboveground road will be reserved for public transportation, according to officials.

The Transport Ministry is also reviewing the addition of a new high-speed train service along Great Train Express Line D for the growing population in the western part of the Seoul metropolitan area. Gimpo in Gyeonggi Province and Incheon’s Geomdan area are strong candidates for this service.

GTX lines A, B and C will also be constructed earlier than expected. Line A, which will connect the Unjeong area of Paju and the Dongtan area of Hwaseong, both in Gyeonggi Province, will be built by 2023. Line B, connecting the Songdo area of Incheon with Namyangju, Gyeonggi Province, will be built by 2021; and Line C, to run between the Gyeonggi cities of Yangju and Suwon, by 2022.

The government anticipates that 77 percent of the metropolitan population — people living in and around the capital — will benefit from the high-speed railway once the infrastructure is completed.

The ministry will also adopt a new means of transportation, the tram train. This new vehicle will operate as a tram within the city and as a train on the outskirts. It will be connected to the GTX and will serve large cities as well as new cities.

A high-speed, two-floor electric bus called the Bus Transit Express, or BTX, will also be introduced to pick up passengers in Gyeonggi Province and Incheon and drop them off near subway stations in Seoul.

However, there are also concerns about these plans.

Seo Jin-hyung, the chairman of a local real estate association, said the main problem is their feasibility.

“It can be a waste of government finances if the project, which cannot guarantee actual profit, passes through a preliminary feasibility study by adjusting the details to fit the administration’s preference,” he said.