MANILA, Philippines —  A handful of nuns, bikers and police officers were among the early visitors at the gravesite of  former president Corazon “Cory” Aquino and former senator Benigno “Ninoy” Aquino Jr. on All Saints’ Day at the Manila Memorial Park in Paranaque City.

Sisters Stella and Claire offered prayers for the Aquinos, who they fondly remember for their patriotism. 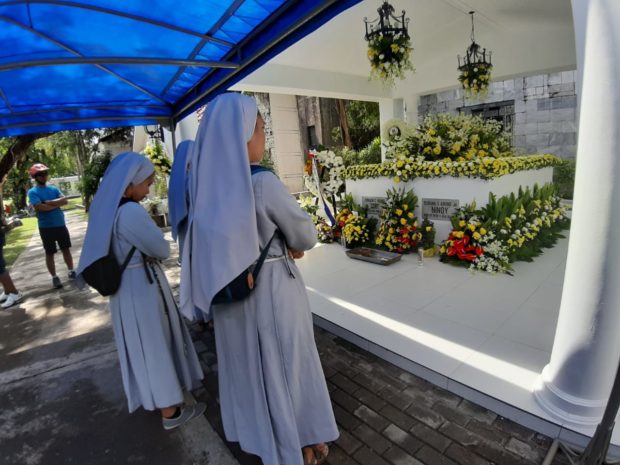 “Hindi mabubura [ang legacy] kasi makikita yung pagmamahal nila hindi lang para sa kanilang sarili but pagmamahal rin nila sa taumbayan (Their legacy can never be erased since you can see their love not only for themselves but also for the Filipinos),” Sister Claire added.

Some members of the Half Century Bikers also paid a visit to the former politicians, saying that this is the fourth straight year that they have visited their graves. 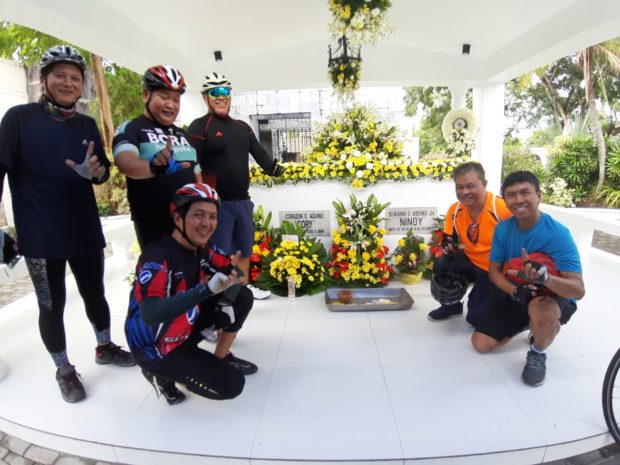 They said they were still in college when the EDSA Revolution happened.

“[It is] the most peaceful revolution in the history of the Philippines,” biker Bobot Ulatan said.

He said conditions in cemeteries in the southern portion of Metro Manila have been generally peaceful. /gsg