Argentina’s new president is proud of his drag queen son 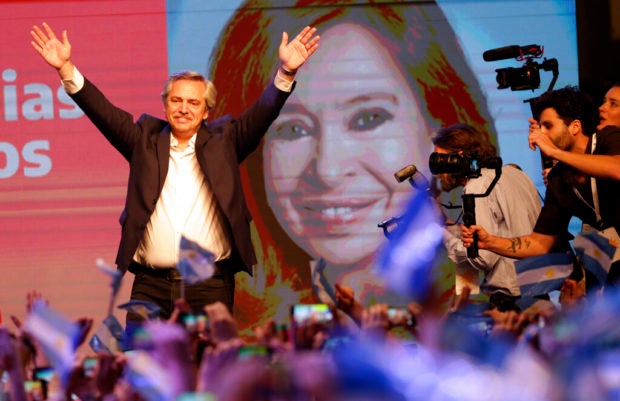 Leftist leader Alberto Fernandez is now Argentina’s newly-elected president after the country concluded its elections on Sunday, Oct. 27. Conservatives have been quick to attack Fernandez, with his son Estanislao Fernadez, known as Dyhzy, caught in the crossfire.

Eduardo Bolsonaro, son of right-wing Brazilian ex-president Jair Bolsonaro, shared a comparison of him and Estanislao made by a Twitter account with conservative leanings on Tuesday, Oct. 29. Estanislao is seen in a sexy Pikachu costume while Eduardo poses with a gun. In previous social media posts, Eduardo has mocked the LGBTQ+ community. 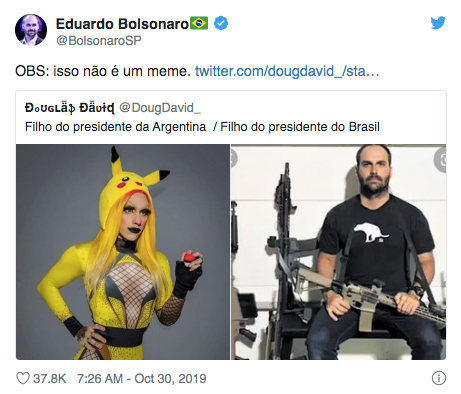 While Alberto, who assumes office on Dec. 10, has not reacted to Eduardo’s jab at his son, he has spoken highly of Estanislao and his cosplay career.

Alberto, a 60-year-old law professor, said in a June interview with radio show Radio Con Vos via Ushuaia Noticias that he is proud of his Estanislao.

“He is the best kid I met in my life,” he gushed. He expressed awe at his son’s talent in cosplaying — Estanislao designs his own costumes based on Japanese anime. These included female characters, and eventually, he explored dressing in drag.

“In that world, which I don’t know much about, [he] seems to be respected and very recognized. I feel proud for my son,” Alberto said.

“I want for my son the same as any father: for him to be happy,” said Alberto.

Dyhzy has expressed apprehension about his father’s candidacy, stating in a September interview on YouTube with vlogger Pablo Agustin that he was not ready to see his dad as president. He noted that he was getting recognized because of his father, but that he wants to keep growing through his own efforts.

Dyhzy has not responded to Eduardo Bolsonaro’s tweet either. However, he did acknowledge on Twitter yesterday, Oct. 30, that he has gained more followers from Brazil.

Argentina is one of the more LGBTQ+-friendly countries in South America. It was the first country on the continent to allow same-sex marriage back in 2010. Niña V. Guno/JB

In Argentina, pregnant groom weds in a legal first