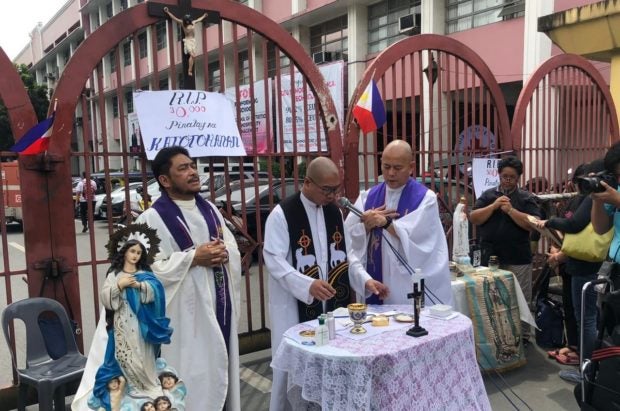 MANILA, Philippines — Some families of victims of extrajudicial killings under the government’s war on drugs “haunted” President Rodrigo Duterte and the police on Wednesday, on the eve of Halloween and two days before “Undas.”

Undas is a Filipino term for the commemoration of All Saints’ Day and All Souls’ Day, on Nov. 1 and Nov. 2, respectively.

[May they have a conscience and have some feeling for poor people like us. Just because we are poor they took away our right to live, to keep our families intact.]

Bitas was part of the group of families of drug war victims who trooped to Mendiola near Malacañang in Manila to call for justice for their slain loved ones.

“They killed him like an animal,” Elizabeth Campo said of his husband, Roland, who was killed in what the police described as a legitimate drug operation on Oct. 11, 2017, in Barangay 19 in Manila’s impoverished Tondo district. 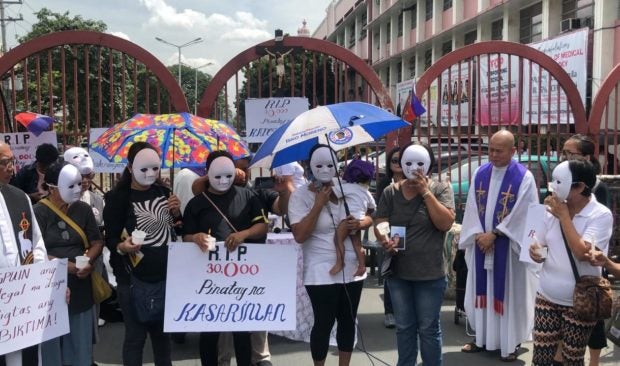 Fr. Robert Reyes right) with the relatives of those killed in the Duterte administration’s drug war. (Photo by Nestor Corrales / INQUIRER.net)

Wearing a white mask, Elizabeth joined more than a dozen kin of victims of extrajudicial killings under the government’s war on drugs and called for justice and rehabilitation and “not persecution.”

The families lighted candles after a Mass at the Mendiola Peace Arch.

[You should only kill real criminals. Don’t kill the poor. You’re only killing the poor. What do have to gain from us?]

Arlene questioned what happened to the President’s promise to eliminate illegal drugs during the first six months of his administration. 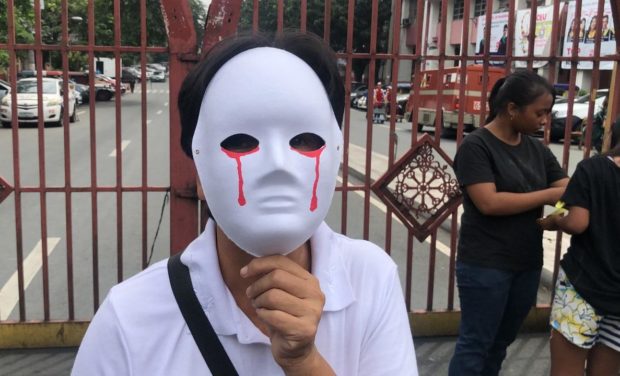 [He said that in six months there would be no more drugs. But how many years have passed? Why did so many people die? There are more drugs now. You can’t solve that by killing. They can only go after the poor because the poor can do nothing.]

According to critics of the President’s drug war, more than 30,000 people have been killed in anti-drug operations. But the Philippine Drug Enforcement Agency (PDEA) put the number at 5,526.