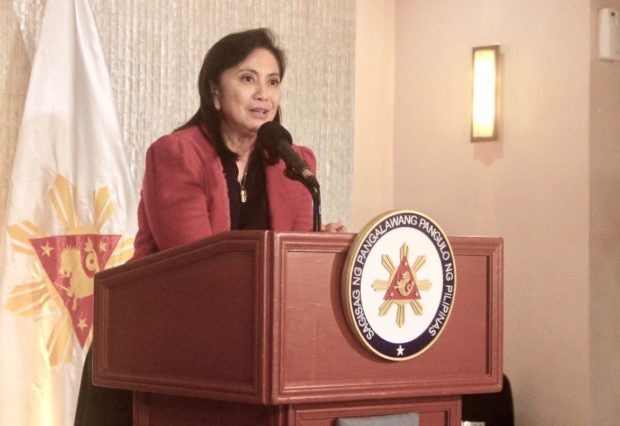 MANILA, Philippines — The spokesperson of Vice President Leni Robredo insisted Wednesday that the administration could not be serious about its offer of a drug czar post since the invitation was merely sent through mobile text.

According to lawyer and former lawmaker Barry Gutierrez, Malacañang and presidential spokesperson Salvador Panelo are merely messing with Robredo, who’s only been working seriously.

(If they are really serious, Secretary Panelo won’t make the offer through text or a phone call.  They are just messing with the Vice President who is working seriously instead of reacting to these gimmicks.)

“Sana hindi ito sukat kung gaano sila ka-seryoso sa pag-ayos ng drug war (I hope this is not a gauge of their seriousness with the drug war),” he added.

On Monday, President Rodrigo Duterte said he would “surrender” his law enforcement power to Robredo to specifically take charge of his drug war for six months.

He made this offer after Robredo criticized anew the Duterte administration’s war on drugs.

But Robredo opted not to respond to the President’s call, saying she was unsure if the statement of Duterte was serious or merely a joke.

READ: Robredo refuses to answer Duterte’s dare: I don’t know if he is serious

Panelo, however, claimed the President was serious about his challenge to Robredo. He even said he had sent a text-invitation to Robredo.

Robredo felt offended by the administration’s supposed lack of seriousness in tackling the issue. She said the invitation should not have been sent through text out of respect to the Office of the Vice President.

Just earlier, Panelo even further prodded Robredo to take the post, saying it is a chance for her to prove that she is not only good at criticizing the government’s policies.

Should Robredo take the position, this would be her second role in Duterte’s Cabinet, after being the Housing and Urban Development Coordinating Council chair in 2016.

The drug war issue is only one of the few issues the Robredo camp, considered as a key part of the opposition, and the administration have butted heads.  A few weeks ago, Gutierrez urged Panelo to accept the existence of a mass transport crisis, after Panelo accepted a challenge for him to commute.

The two sides also gave different views on other issues like the Chinese occupation of the West Philippine Sea, the country’s relations with Beijing, and on the ongoing poll protest against Robredo.