Quake aftermath: Still no classes in 34 localities in Region 12 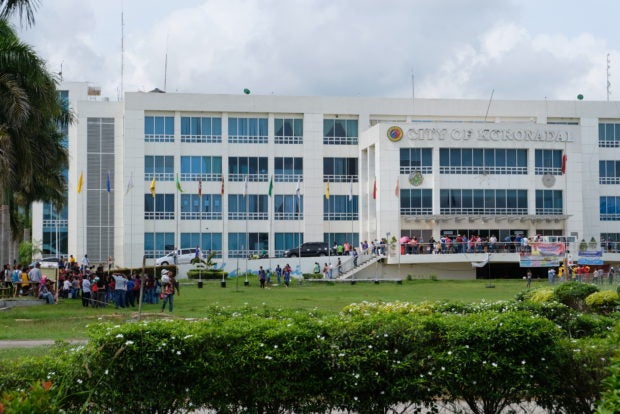 KORONADAL CITY –– Classes remained suspended Wednesday in 34 of 49 localities in Soccsksargen (Region 12) after the magnitude 6.6 earthquake rocked a large part of Mindanao Tuesday, the Office of Civil Defense-12 (OCD-12) said.

Jorie Mae Balmediano, OCD-12 spokesperson, said the strong earthquake that centered in Tulunan town, Cotabato province killed four persons and injured 372 others, including those who collapsed and those who suffered hypertension, across the region.

On October 16, a magnitude 6.3 temblor also struck Tulunan. A person died from a heart attack after that quake.

“(The local government units) continue class suspension today to give way for the assessment of the integrity of school facilities,” Balmediano told the Inquirer.

The damage assessment on the impact of the quake is ongoing because when the quake struck Tuesday morning, the focus was on responding or saving lives, Balmediano said.

Based on OCD-12’s public advisory as of 8 a.m. Wednesday, classes were still suspended in the region’s four cities of General Santos, Koronadal, Tacurong, and Kidapawan.

There were also no classes in the towns of Lake Sebu, Norala, T’boli, Tantangan, and Tampakan in South Cotabato, which covers 10 towns and Koronadal City.

Classes in five of Sarangani’s seven municipalities remained suspended. These were in Alabel, Glan, Maasim, Malapatan, and Malungon.

In sum, 34 cities and towns in the region’s 49 localities canceled classes to allow engineers to assess school structures.

Jerome Barranco, OCD-12 assistant director, stressed the need for schools to formulate an evacuation plan in the wake of the strong earthquakes and the hundreds of aftershocks that struck the region lately.

“We need to be prepared for calamities,” he said, urging schools that still didn’t have evacuation plans to put them in place. /lzb