Turkey will attack Kurdish fighters who remain near border 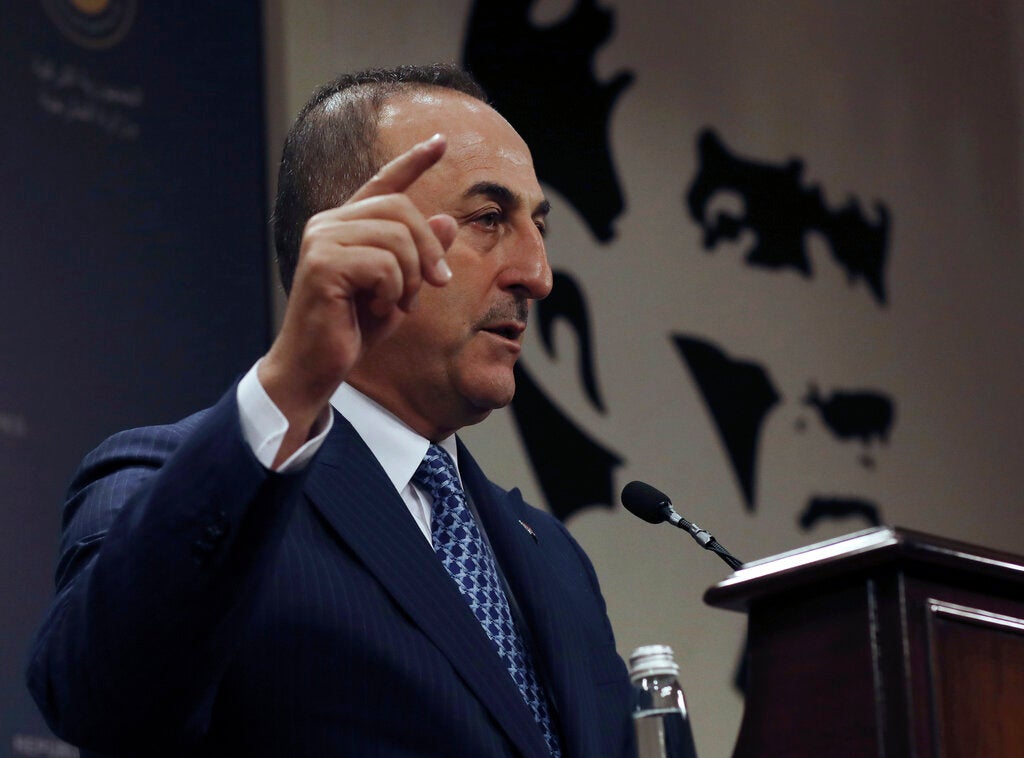 ANKARA, Turkey — Turkey’s foreign minister said Monday that his country’s military will attack any Syrian Kurdish fighter that remains along the border area in northeast Syria after a deadline for them to leave expires.

Mevlut Cavusoglu told reporters that Russian and Syrian officials provided information that some Kurdish fighters had pulled out of the border area, but others still had not. The Kurdish withdrawal is in line with a Russian-Turkish agreement reached last week.

The Syrian Kurdish fighters have until 3 p.m. GMT Tuesday to pull back to positions about 30 kilometers (20 miles) from the Turkish border. Turkey and Russia will conduct joint patrols along a border strip once the Kurdish forces leave. Cavusoglu said a Russian military delegation was scheduled to arrive in Turkey to discuss the planned joint patrols.

Turkey is to keep sole control of a large section in the center of the border, most of which it captured in its invasion launched Oct. 9. Turkey wanted to drive the U.S.-allied Kurdish forces out of a “safe zone” along the border, after U.S. President Donald Trump pulled American troops from the area. Syrian Kurdish forces have turned to Russia and the Syrian government in Damascus for protection.

U.S. troops were allied with the Kurdish-led fighters for five years in the long and bloody campaign that brought down the Islamic State group in Syria.

Once-warm relations between Israel and Turkey have greatly deteriorated since Erdogan came to power. The Islamist leader is a vocal critic of Israeli policies toward the Palestinians, particularly in Gaza, and he has good relations with the territory’s Hamas rulers.

Danon said Erdogan was dragging his country down an “imperialist path,” turning it into “a regional hub for terrorism,” and was not only persecuting Kurds in Turkey but sending troops “to massacre Kurdish people in Syria as well.”

“Israel warns against the ethnic cleansing of the Kurds,” he said, “and calls upon the international community to take action and provide aid to the Kurdish people.”

The Security Council’s Middle East meeting almost always focuses on the Israeli-Palestinian conflict, and most speakers addressed the issue Monday.

Danon said it was “a disgrace” that the council focused on Israel “as Erdogan expands his terror campaign into Syria.”

Turkey’s U.N. Ambassador Feridun Sinirlioglu dismissed Danon’s speech as a “daily dosage of lies” from “the representative of a government of terror.”

“Those who want to advance their political careers over the dead bodies of children cannot lecture us about international law and human rights,” he said.

He accused Israel of violating “the basic rights of Palestinians on a daily basis,” cited a U.N. Commission of Inquiry report earlier this year that said Israeli soldiers intentionally fired on civilians and could have committed crimes against humanity during a string of crackdowns against Palestinian demonstrators last year in Gaza, and stressed that a two-state solution that would establish an independent Palestine with East Jerusalem as its capital is the only way to peace.