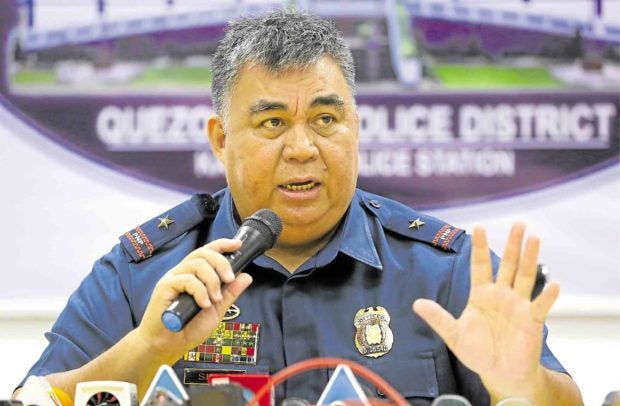 MANILA, Philippines — A party-list lawmaker on Sunday blasted the “antimedia” policy of the new Metro Manila police chief after the latter ordered journalists covering the National Capital Region Police Office (NCRPO) to vacate their press office inside a police station in Quezon City.

According to Ong, Philippine National Police officer-in-charge Police Lt. Gen. Archie Gamboa should address Sinas’ “antifree press directives,” reminding him that the media “should be treated as partners in public service and not as adversaries.”

He also urged Gamboa to shun the “bata-bata” or patronage system in making key appointments.

Upon assuming office, Sinas’ first directive was to “force the media covering the NCRPO beat to vacate the press office allotted to them for nearly three decades now,” Ong noted.

Ong also took Sinas to task for downplaying the failed attempt of 16 NCRPO policemen assigned at the National Bilibid Prison to smuggle contraband into the facility.

“General Sinas is an embarrassment to the police leadership and should be removed right away,” he said.

“Instead of immediately castigating the policemen involved in this caper, he is even trying to downplay their misdeeds,” Ong added.

He also took a potshot at Sinas’ weight, saying Gamboa was setting a “bad precedent” by assigning him to a very critical PNP post despite the campaign against obese policemen.

“How can we expect the ordinary beat policeman to stay in shape when their own NCRPO chief is overweight?” he asked.

In a text message, NCRPO public information officer Maj. Titoy Jay Cuden said they had yet to read Ong’s statement so they would not comment on it.