The inaugural flight of the Korean Air Airbus A330 came from Incheon in Seoul and was welcomed with a water cannon salute.

Korean Air will operate in CRK ahead of the opening of its bigger terminal in July next year.

BCDA designed and built the new P15-billion terminal for 8 million passengers. Its operation and maintenance was won by the consortium Lipad Corp. 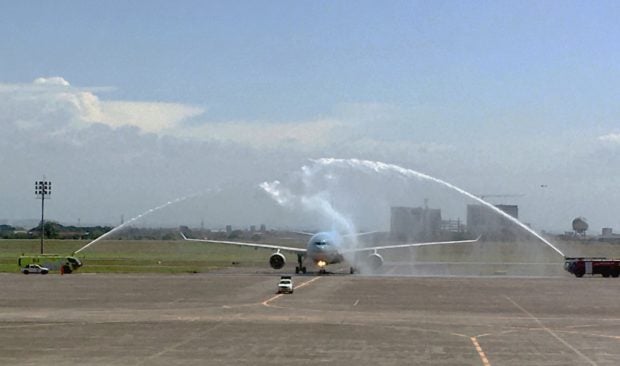