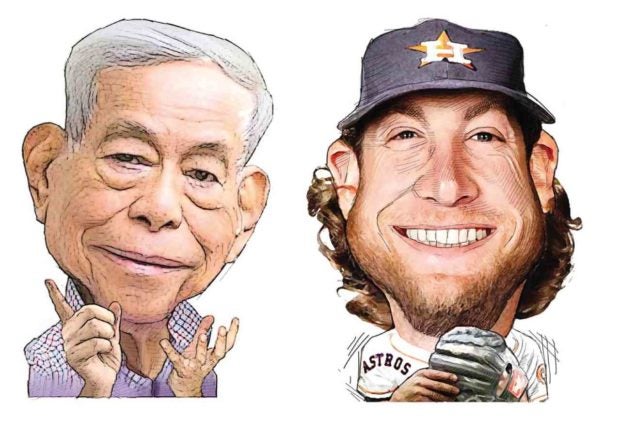 Regarded as a great statesman and patriot, he is best remembered for fighting for democracy and standing up to the Marcos dictatorship, for which he was detained four times.

After the 1986 Edsa People Power Revolution, Pimentel served in the Aquino government and authored the local government code, which gave more power and autonomy to local officials.

Pimentel also championed the generic drugs law that made medicines more affordable to the masses.

Though retired from politics, he never let go of his advocacy for federalism.

But the idea did not gain traction, at least not during his lifetime.

Once known for his alleged links to illegal gambling and for turning witness against former buddy, then President Joseph Estrada, Charlie “Atong” Ang has been in the news lately for being involved in the very public feud among the Barretto sisters.

Though he swears to being no more than boss to Nicole Barretto and business partner with Nicole’s aunt, Gretchen, the Barretto sisters’ scandalous brawl during the wake of their father last week — with President Rodrigo Duterte as referee no less — revealed steamier details.

For the better part of the week, the sisters and Ang made the rounds of TV talk shows disputing each other’s statements and extricating themselves from new accusations.

It’s a sure bet that Ang isn’t a bit flattered by his new reputation as the country’s aging Lothario.

Today’s most gripping soap opera is produced by neither ABS-CBN nor GMA 7 and has no specific time slot.

The Barrettos’ version of “Family Feud” has earned top ratings, with lead actresses and warring sisters Gretchen, Marjorie and Claudine in starring roles.

The series started on Oct. 16 at the wake of the family patriarch, Miguel Alvir Barretto, when all hell broke loose after Marjorie refused to shake hands with elder sister Gretchen, despite President Duterte’s mediation attempts.

The scenes, caught on video and posted on social media, have since kept netizens busy clicking the “like” and “share” buttons.

Controversial for publicly advocating the defense of the country’s maritime and territorial entitlements in the West Philippine Sea despite the administration’s contrary and very vocal policy, Carpio has been lauded for his patriotism and erudition on the issue.

The Integrated Bar of the Philippines described Carpio as “a good judge and a good Filipino lawyer” whose steadfastness, moral courage and delicadeza at crucial moments are worth emulating.

Carpio had the opportunity to be Chief Justice five times but repeatedly refused the honor, in the firm belief that the conditions behind his succession did not meet his ideals.

He also came into Game 1 undefeated in this postseason and was described as “otherworldly” before 21-year-old Juan Soto anchored the Nationals’ win.

It was a further testament to an eternal truth about baseball: It doesn’t matter what you do the whole season if you don’t get it done in October.

Cole led the majors in strikeouts, topped the American League in earned run average and finished second in the big leagues in wins next only to teammate Justin Verlander.