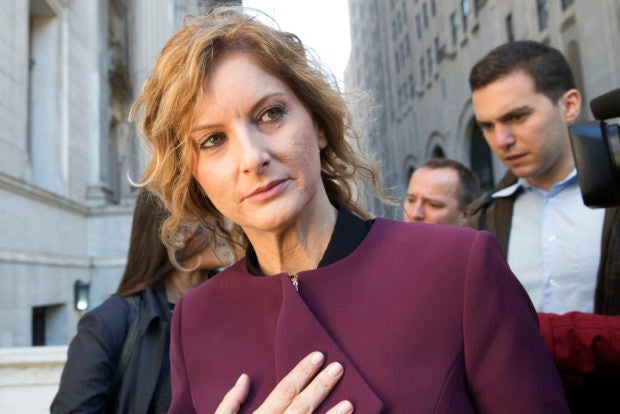 The calendar records, filed in Summer Zervos’ defamation lawsuit, show Trump was scheduled to be at the Beverly Hills Hotel in California on Dec. 21, 2007, in the timeframe when she claims Trump made unwanted advances at that hotel.

She said he kissed and groped her, despite her objections, at what she thought would be a professional dinner, and then invited her to meet him at his nearby golf course the next morning. The calendar records show he was scheduled there the morning after his arrival at the hotel.

Trump’s calendar doesn’t include anything about a meeting with Zervos. But her lawyer, Mariann Wang, wrote that the documents “strongly corroborate” Zervos’ account — and indicate that Trump was lying in a 2016 statement that said he “never met her at a hotel.”

Trump lawyer Marc Kasowitz said Thursday that Zervos’ claims are “entirely meritless and not corroborated by any documents.”

Zervos, a California restaurateur who was on “The Apprentice” in 2006, was among more than a dozen women who came forward during Trump’s 2016 presidential campaign with allegations of sexual misconduct. Both she and Trump are Republicans.

He called the women “liars” trying to harm him with “100 percent fabricated” stories, and he retweeted a message specifically calling Zervos’ claims “a hoax.” He also issued a statement denying her allegations, including the denial of meeting her at a hotel.

Zervos had approached lawyers in 2011 and sent Fox News an August 2015 email about her allegation, according to the filing.

“Trump Hit On Me,” read the email’s subject line. Sent two months into Trump’s presidential campaign, the message said he “invited me to a hotel room under the guise of working for him. He had a different agenda.”

Requests for comment was sent Thursday to the news network and to Gloria Allred, an attorney whom Zervos said she contacted in 2011. Allred was Zervos’ lawyer when she went public in 2016 but no longer represents her.

Trump’s lawyers have said his statements were opinions and he had a free-speech right to defend himself.

Zervos is seeking a retraction, an apology and damages.

In her lawsuit, Zervos said Trump also kissed her unexpectedly at his office in Trump Tower in December of 2007, before the alleged California encounter.

Thursday’s court filing doesn’t include any calendar items related to that alleged encounter, but it does include emails from that autumn between Zervos and Trump’s secretary where they discuss a potential lunch date in New York.

In a Dec. 3, 2007, email, Zervos tells the assistant she was in town and wanted to come by. There’s no reply email in the court filing.

Thursday’s filing also has some redacted sections. Wang said they describe documents that corroborate Zervos’ allegations “with even more granularity” but that Trump’s lawyers are blocking public release of the materials. The filing asks a court to declare they aren’t confidential.

A court order Friday set a Dec. 6 deadline for Trump to undergo a deposition, a legal term for sworn questioning conducted out of court.

His lawyers have tried to get the case dismissed, or at least delayed until he’s out of office.

After narrowly losing an appellate ruling in March, Kasowitz said he planned to appeal to New York’s highest court. He hasn’t thus far but made a technical filing last week that could signal an appeal is coming soon. /jpv