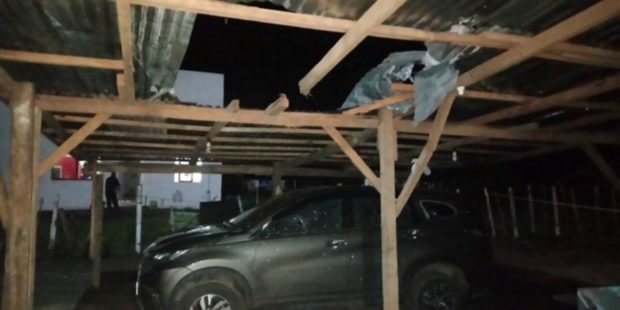 Photo shows the damaged roof of the mess hall of the Quezon municipal police station in Bukidnon  due to a blast on Thursday night, October 24, 2019. (Photo courtesy of Quezon, Bukidnon police)

Police said a man hurled a still-undetermined explosive at the mess hall at around 7:45 p.m.

A police officer on duty pursued and fired at the man, who sped off aboard a motorcycle.

No casualties were reported, although the blast damaged the roof of the police station and a police officer’s parked vehicle.

“It’s one of the possible angles but we need to investigate,” he said.

Pursuit operations against the suspect are ongoing. / gsg