China attempting to corner the market on rare earth elements 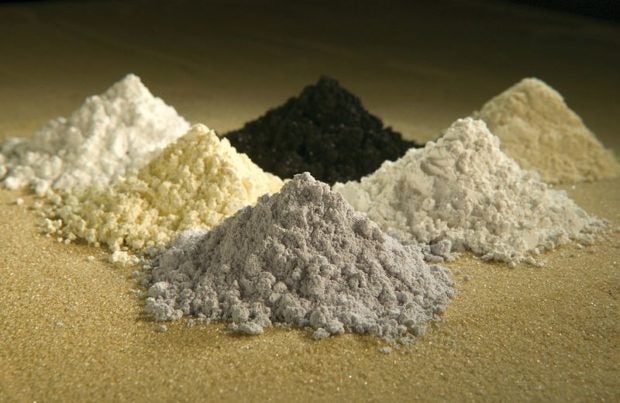 Rare Earth Elements, a strategic resource whose global supply chain is dominated by China, could become the next target in the global Trade War. PHOTO from https://commons.wikimedia.org/wiki/File:Rareearthoxides.jpg

Recently, China has been seen flexing its muscle against the National Basketball Association (NBA) – but closer to home, the rising superpower has evidently been working hard to secure more than just opinion: strategic resources known as Rare Earth Elements (REEs). This, according to Michael K. Cohen’s recent exposé in the Journal of Political Risk. “China has in recent years worked to monopolize the production of these elements as a strategic resource” said Cohen, a veteran journalist and former ABS-CBN anchor.

Rare earths are colorful metals derived from 17 hard-to-mine chemical elements, which are crucial elements of mobile phones, flat screen televisions and more than 200 other consumer electronic devices that we use every day. China already controls 90% of the global export supply of these materials, with the only other source being a little-known facility in Malaysia. And, according to Cohen, that lone alternative source is under pressure and threat from Chinese interests.

The only other alternative is the Malaysia-based production facility of Australian company Lynas, which is the world’s “only major producer of rare earth minerals outside of China.” The company mines rare earth elements in Western Australia and processes them in a facility near the city of Kuantan, on the east coast of peninsular Malaysia.

According to the National Interest, the Lynas facility could meet about a third of global demand for rare earth elements if its processing plant were to be expanded. Currently, the company produces about 20 percent of the world’s supply of Neodymium (Nd) and Praseodymium (Pr). These elements are critical components of high-powered magnets, hard disks, aircraft engines, and electric vehicles.

These exotic elements are needed for more than just phones and televisions. Their lightweight properties, and unique magnetic attributes, are indispensable to military assets that use sonar, radar or guidance systems, lasers, electronic displays, and myriad defense hardware.

The vast majority of rare earths that countries need to protect themselves are produced by one country: The People’s Republic of China. This is a precarious situation for ASEAN, and particularly the Philippines, which has a longstanding territorial dispute with China over maritime features in the South China Sea, among which is Scarborough Shoal. 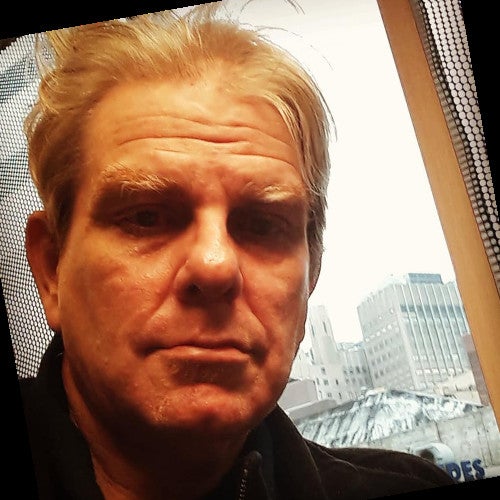 Michael K. Cohen is a journalist with more than 30 years of experience in the field, spent mostly in Asia. He has worked with ABS-CBN Philippines, Fox News, Sky News, IHS Jane’s, and extensively as a freelancer. Raised in Palawan, Michael has extensively covered mining and environmental issues and was one of the first journalists to report on China’s island occupation and building activities in the South China Sea. He currently resides in New York City.

Observers of the ongoing U.S.-China Trade War are concerned that these elements may become the next front in the ongoing dispute. So far, China has continued to export rare earths to countries around the world that need them, but that could abruptly change. Chinese state-controlled media has warned that sales of rare earths to the United States and other nations could be restricted.

“Will rare earths become a counter weapon for China to hit back against the pressure the United States has put on for no reason at all?” asked the Chinese periodical People’s Daily. “The answer is no mystery.”

According to Cohen, China has already weaponized its control of the rare earth element supply chain in the past. In 2010, China banned the export of rare earths to Japan in response to a
diplomatic dispute over contested islands that both countries claim. The ban was later lifted.

Should China succeed in monopolizing the global supply chain, it won’t be just American interests that are put in jeopardy. Manufacturing may be affected globally, and certainly, ASEAN, as well as the Philippines’ semiconductors industry, would not be spared, if China succeeds in gaining full control of rare earth elements.

Unfortunately, the conversations these days surrounding the Lynas facility in Malaysia are not
about expansion; they are often about closing the facility down. The production of rare earths
produces exceedingly low-level radioactive material, and environmental activists and some local politicians claim this creates a health hazard, despite evidence to the contrary from multiple government reviews of the facility, two visits by the International Atomic Energy Agency and four challenges in court.

Among the communities in Malaysia that will be hard hit by the closing of the plant, there are more than a few people concerned that China might already be taking an unwelcome role in the debate by influencing the local politicians driving the opposition to the plant. People working at and living around the facility are not getting sick, and the plant keeps passing safety tests. So, the environmental danger argument fails to resonate, particularly when compared against tangible economic benefits.

So what has sustained the ‘Stop Lynas’ campaign despite the lack of clear environmental justification? According to Cohen, the influence of Chinese interests over local politics cannot be ruled out. China has proved adept at co-opting local politics to suit its geopolitical ambitions. “One of the most potent tools for Beijing [has been] to cultivate close ties with political elites,” said AidData, a U.S.-based watchdog that monitors development funding.

Last year, Xu Yousheng, deputy director of the PRC’s United Front Work Department stated that overseas ethnic Chinese “should strive to become active promoters of mutual political trust and mutually beneficial relations between China and neighboring countries.” It is perhaps more than coincidental then that many ‘Stop Lynas’ politicians are members of the ethnic Chinese-dominated Democratic Action Party (DAP).

Minster of Environment Yeo Bee Yin has been calling for Lynas’ closure for years, despite all evidence being against Lynas causing environmental problems. Yeo’s billionaire husband, Lee Yeow Seng, is from one of Malaysia’s wealthiest families and runs IOI Property Group, part of a conglomerate with deep ties in China. Recently, Minister Yin has rebuffed calls for her to resign over conflict of interest issues related to the ongoing forest fire crisis in Indonesia. IOI has significant palm oil interests in that nation and is said to be among the companies behind the haze that had been affecting much of the region, including the Philippines.

In the local area, people are fighting to keep their jobs, but the issue has broad implications for global trade and ASEAN in particular. China’s state control over its economy means that their economic success is inseparable from Chinese national security – and Chinese national security is incompatible with stability in Southeast Asia, considering China’s expansionist policies in the region, argues Cohen.

The governments of Japan, the United States and Australia are all looking at alternative production facilities outside of China. But these will take many years to develop, and would not cushion the blow of a sudden embargo by China in the near term. According to Michael Silver of the Wall Street Journal: “Control of the rare earth supply gives Beijing both economic and military advantages over the U.S.”

In August, the Malaysian government took the unusual step of granting Lynas a six-month
extension for their license to operate. A three-year extension is the norm. The company was told to develop plans for a permanent disposal facility in order to contain the waste material. Lynas has put forward options to safely dispose of the material, but the debate continues.

Threats to shutter the facility are coming as the Malaysian government, after years of corruption scandals under the previous administration, is attempting to rebuild its international image as a pro-investment nation under the leadership of Prime Minister Mahathir Mohamad.

It remains unclear if this pro-investment policy includes maintaining the USD 800 million Lynas facility, which employs hundreds of people in a relatively remote area of Malaysia with higher poverty and unemployment rates than the country’s commercial centers.

“It has created 700 jobs, high quality paying jobs,” Mahathir told reporters recently. “If you treat Lynas like a pariah, and ask them to leave this country, we will not get other people to come to this country to invest.”

If operations at the facility are abruptly halted, they cannot easily and quickly be re-started. Few companies in the world have the experience and expertise needed to operate a high-volume rare earth facility such as the Lynas plant. The most likely candidates would be found in China, which has a strong national interest in either closing down or taking over the facility. It is a scenario that PM Mahathir seems very concerned over, stating that a Lynas shutdown would render Malaysia “unable to break the Chinese monopoly as the sole exporter of rare earths.”

Earlier this year Lynas announced that it would partner with Texas-based Blue Line Corporation to build a processing facility in that U.S. state. According to Lynas, the new facility would fill a “critical” supply chain for U.S manufacturers. However, getting such a facility up to an operational level will take some time: “It would take about a year of construction and then this next year to start up. So we’re talking two to three years to get into production,” said Blue Line CEO Jon Blumenthal. If Lynas’ Malaysia plant were to shutter after the expiry of its current six-month operational license, that critical supply chain gap would remain open, and China would have one, perhaps two full years to exploit the situation.

If the last major non-Chinese source of rare earths is throttled, there will be many potential losers: local workers, Malaysia’s reputation as a stable location for foreign investment, the strategic interest of countries that need these minerals to keep their nations safe – including the independence of Philippine manufacturing and defense industries. The clear, and potentially only, winner would be China.