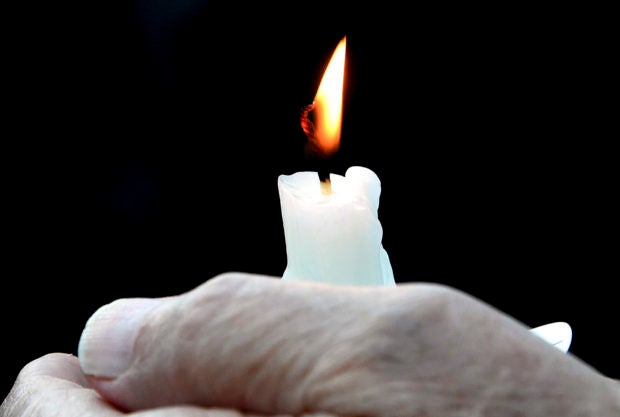 A candlelight vigil is held for Kamille “Cupcake” McKinney in Linn Park in front of Birmingham City Hall, Wednesday, Oct. 23, 2019, in Birmingham, Ala. Police say they will charge two people with kidnapping and capital murder in the death of the 3-year-old Alabama girl whose body was found amid trash 10 days after being kidnapped outside a birthday party. (Joe Songer/The Birmingham News via AP)

BIRMINGHAM, Alabama — Police said they will charge two people with kidnapping and capital murder in the death of a 3-year-old Alabama girl whose body was found amid trash 10 days after being kidnapped outside a birthday party.

Birmingham Police Chief Patrick Smith said at a news conference Tuesday that the body of a child, believed to be Kamille McKinney, was found in a dumpster that had been taken to a county landfill. Smith said police were obtaining murder warrants against two people previously identified as persons of interest in the case: 39-year-old Patrick Devone Stallworth and his 29-year-old girlfriend, Derick Irisha Brown.

Authorities later confirmed the remains were those of the missing child.

The announcement marked the sorrowful conclusion to the search for the missing 3-year-old, a disappearance that had gripped the state.

Kamille, who was affectionately known as Cupcake to her family, vanished on the evening of October 12 while playing outside at the Tom Brown Village Housing Community. Photographs of the smiling toddler with the big brown eyes and hair adorned with colorful bows were displayed on billboards across the South after an Amber Alert was issued.  Her image filled people’s social media feeds and prayer requests.

Police did not immediately release a cause of death or a possible motive in the slaying. They also did not say how long the child had been dead.

Smith said investigators spent days combing through 12 tons of trash collected in and around the area before finding the body.

Police initially brought Stallworth and Brown in on unrelated charges after naming them persons of interest in the case. Stallworth, arrested after officers located a vehicle seen near the abduction site, previously was charged with child pornography, but authorities said the charge wasn’t related to the missing child.

Lawyers for both have said they are innocent.

Investigators know of no link between the suspects and the girl or her family, Smith said.

“We believe this was something they thought about and acted upon. They saw an opportunity to take a young child, and they did,” said Smith, who did not reveal a potential motive.

Police earlier had released surveillance video from a security camera that they believed showed the child before her abduction.  The grainy video shows what appears to be two children playing outside the complex. The two children then walk off with a man.  Police did not say whether they believe that man is Stallworth. The second child, who was unharmed, wasn’t identified by authorities.

The mayor and police chief asked for the community to continue to support, and pray for, the girl’s parents and family.  Smith said he also wanted to caution people to remain vigilant, saying it only takes a “split-second” for a tragedy to occur.

“We can no longer assume that everyone is part of the village that is trying to raise the child,” Smith said. /kga