Trump vows to build a wall… in Colorado

PITTSBURGH, United States – Donald Trump has made building a barrier to stop migrants on the US-Mexico border a central plank of his presidency, but on Wednesday came up with a puzzling new twist to the initiative: a wall in Colorado. 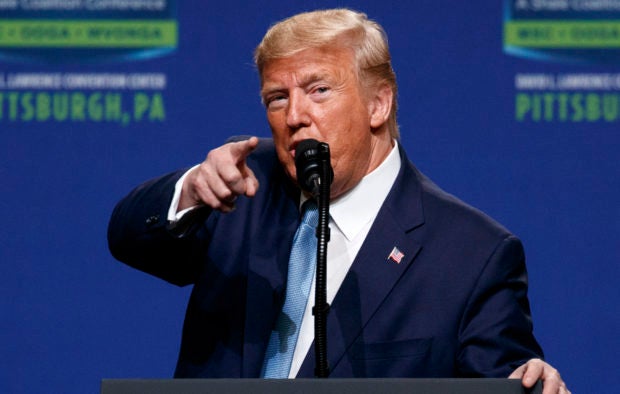 The problem? Colorado lies well within the United States, though its large southern neighbor New Mexico does border Mexico.

“You know why we are going to win New Mexico? Because they want safety on their border,” Trump said during a speech in Pittsburgh.

Building a wall on the southern border with Mexico was one of the signature promises of Trump’s 2016 presidential campaign, but Congress has refused to pay for its construction.

On Twitter, Democratic Senator Patrick Leahy posted a map showing a new international border drawn around New Mexico and a line obscuring the first half of the state’s name so that it reads: Mexico. /gsg