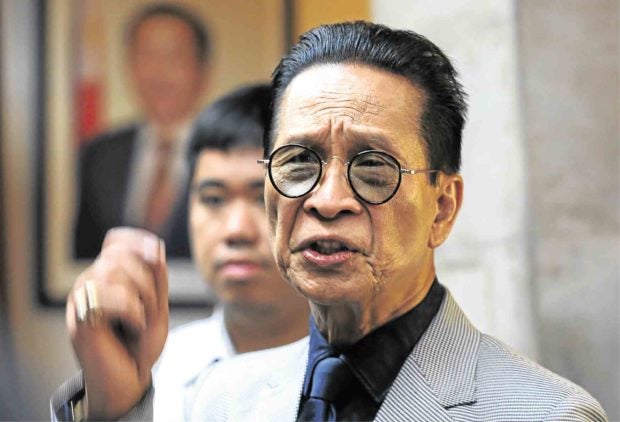 MANILA, Philippines — Malacañang is sure that the Supreme Court would continue to be independent under newly-appointed Chief Justice Diosdado Peralta.

“We are certain that with Chief Justice Peralta at the helm of the Supreme Court, the Judiciary will continue to be well-managed as it thrives to uphold the principles of judicial excellence, integrity and independence,” presidential spokesperson Salvador Panelo said in a statement.

Panelo touted Peralta’s achievement at the high court, saying he “convicted the most number of accused involved in big time drug cases and other serious crimes.”

He cited that the Supreme Court, during its Centennial Celebration, and the Integrated Bar of the Philippines conferred the Special Centennial Awards in the Field of Criminal Law to Peralta for his “credible and no-nonsense management and expeditious disposal of heinous crimes and drug cases,”  which have “visibly strengthened the Philippine Criminal Justice System and helped bolster and maintain respect, trust and confidence in our criminal courts.”

He was a former Regional Trial Court Judge in Quezon City and got the monicker “hanging judge” for sentencing around 40 people to death. /jpv