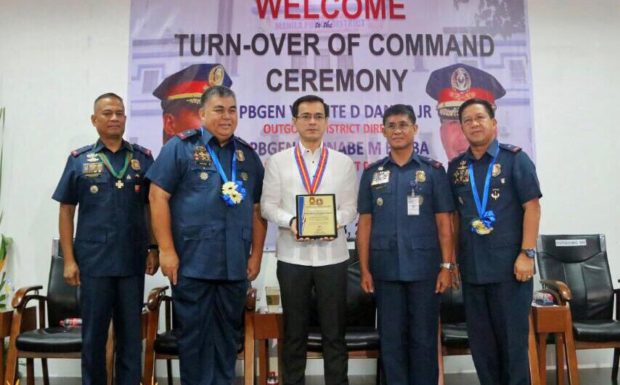 Brig. Gen. Bernabe Balba formally took the helm of the MPD as its director following a turn-over ceremony on Wednesday, replacing Brig. Gen. Vicente Danao Jr., who was assigned as acting director of the Calabarzon police.

Balba’s new assignment was part of the massive revamp in the Philippine National Police (PNP) that took effect on October 20, as implemented by Lt. Gen. Archie Gamboa, officer-in-charge of the nation’s police force.

The reshuffle has affected 21 senior police officials in key positions in the national headquarters and regional offices of PNP.

Prior to his assignment at MPD, Balba was deputy director for administration of the PNP-Criminal Investigation and Detection Group (CIDG).

Before that, he also served as director of the Eastern Police District under the National Capital Region Police Office. /kga