Quezon farmers dare gov’t execs: Live with us for a day 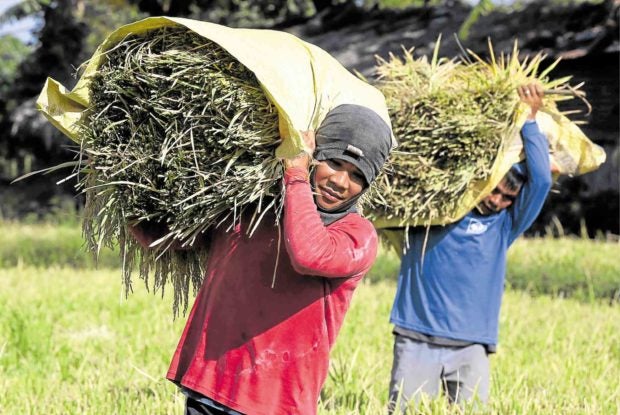 LUCENA CITY, Quezon, Philippines — “Come live with us even for a day and have a personal experience of how to be poor, hungry and helpless.”

This was the challenge posed by some 100 protesting farmers from Quezon province to national and provincial government officials last week as they marked World Food Day.

“For these officials to understand better, and therefore have a sense of how it is to be poor and hungry, we dare them to live with and among hungry and poor farmers,” Jansept Geronimo, spokesperson of Kilusan Para sa Tunay na Repormang Agraryo at Katarungang Panlipunan (Katarungan), said in a statement.

The farmers urged the government to address what they called as the “worsening situation” of coconut farmers. They demanded the immediate return of the multibillion-peso coconut levy fund and a stop to the plunging copra prices.

Geronimo said farmers would accommodate the stay of the officials for a day “so they may experience their difficulties due to the failure of government to address the root causes of hunger and poverty.”

“Before going to sleep in their modest houses, these public officials will surely have a chance to talk with farmers and know why they are not eating the right quantity and quality of food and why their children are not able to go to school, among other things,” he said.

Quezon Gov. Danilo Suarez said he sympathized with the plight of the farmers but he turned down their invitation.

“I already know how to be poor. I was born poor and struggled very hard to improve my life condition,” said Suarez, who worked as a room boy and toilet cleaner in a hotel to sustain his studies.

He said the government could not do anything about the dropping price of copra.

The fluctuating price was “cyclical and beyond our control or any government agency,” the Philippine Coconut Authority said, adding that price is dependent on coconut oil prices in the global market.

Suarez, a former Quezon representative, urged Congress to expedite the passage of the coconut levy fund bill to help address the plight of coconut farmers. In February, President Duterte vetoed a bill seeking to create a P100-billion trust fund for coconut farmers.

While waiting for the release of the coconut levy fund, Suarez said the provincial government had implemented the coconut development program road map to serve as the template for plans to improve the lives of coconut farmers.

One approach under this program is to diversify the local coconut industry and shift its focus away from just producing copra.

Suarez said the provincial government was conducting a massive coconut replanting program in the province, with over 150,000 seedlings before the end of the year.