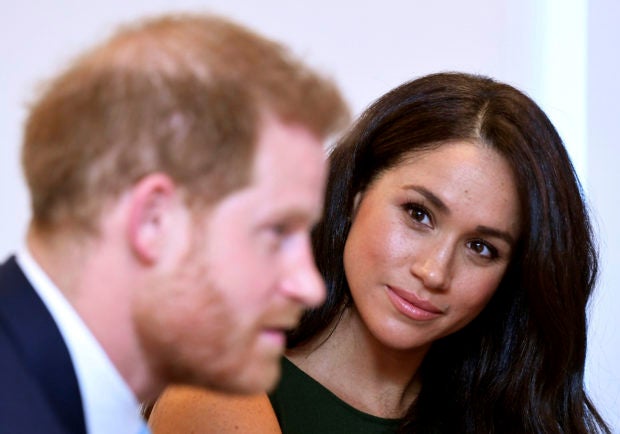 The Duke and Duchess of Sussex attend the annual WellChild Awards in London, Tuesday, October 15, 2019. The WellChild Awards celebrate the inspiring qualities of some of the country’s seriously ill young people. (Toby Melville/Pool via AP)

LONDON — The Duchess of Sussex has said that her first year of marriage to Britain’s Prince Harry has been hard because of Britain’s tabloids.

The former Meghan Markle tells ITV news that her British friends warned her not to marry the prince “because the British tabloids will destroy your life.”

The former U.S. television star said she “naively” dismissed the warnings because as an American she didn’t understand how the British press worked.

“I didn’t get it so, yeah, it’s been complicated,” she said.

The duchess earlier this month sued the Mail on Sunday tabloid, claiming it illegally published a letter she wrote to her father.

Prince Harry told ITV that most of what’s printed in the British tabloids is not true, adding: “I will not be bullied into playing a game that killed my mum.” /kga