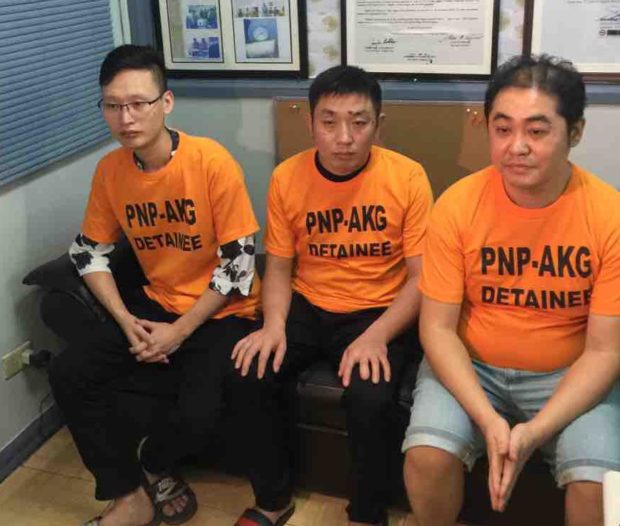 MANILA, Philippines – Police have retrieved a 29-year-old Taiwanese from his alleged kidnappers in Makati City.

Col. Jonnel Estomo, acting director of the Philippine National Police-Anti-Kidnapping Group (PNP-AKG), said they received an email from the police attaché of the Taipei Economic and Cultural Center of the Philippines about the kidnapping of Chang Hsu Chun,  a Philippine Offshore Gaming Operator (POGO) worker. He was rescued on October 18 or two days after he was allegedly abducted and detained in a hotel room where he was beaten and whipped by the suspects.

According to Estomo, one of the suspects named Rong Jiawei rented the victim’s condominium unit in Makati City and gave P200,000 as an advance payment for six months on October 2.

On October 11, however, Rong Jiawei asked the victim to return his advance payment since he wanted to transfer to another hotel, said Estomo.

Estomo said the suspects then called the victim’s parents and demanded ¥30 million in exchange for Chang’s release. The victim was able to speak with his parents who told him they have sent ¥180,000 to the kidnappers through an international bank.

Subsequently, Estomo said, Chang’s parents reported the abduction of their son to the Taipei Economic and Cultural Center of the Philippines, whose personnel then reported the incident to PNP-AKG.

Acting on the information, PNP-AKG operatives rescued Chang and arrested Rong along with other suspects Tang Chan Hong and Yang Lei.

Police filed a case of kidnapping for ransom with serious illegal detention against the suspects last October 19. /kga