State of calamity declared in town where 1,000 houses rendered unsafe by quake 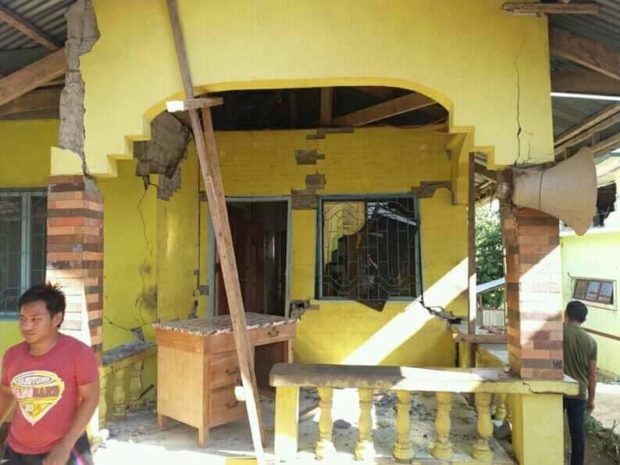 Some of the structures destroyed by the magnitude 6.3 quake. PHOTO FROM TULUNAN MDRRMO

TULUNAN, COTABATO PROVINCE—The council of Tulunan town, Cotabato province has declared a state of calamity following the 6.3 magnitude quake last Oct. 16 that destroyed the houses of more than 1,000 families.

In a special session on Monday, Oct. 21, the municipal council or Sangguniang Bayan passed a resolution declaring a state of calamity in the town and another asking the national government for help. 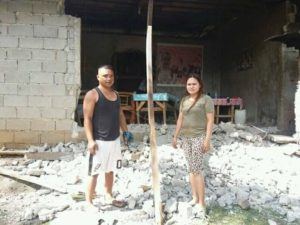 Some of the structures destroyed by the magnitude 6.3 quake. PHOTO FROM TULUNAN MDRRMO

In two villages—Paraiso and Daig—health centers had been destroyed, according to a report of the town’s disaster risk management council.

Three other villages—New Caridad, Magbok and Makilala—lost their school buildings to the quake, the council report said.

States of calamity were also declared in the towns of M’lang and Makilala, which also took the brunt of the quake. The declarations authorize local officials to tap disaster funds to help residents./TSB