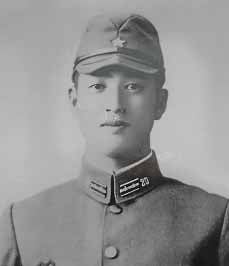 DULAG, Leyte, Philippines — Though this quiet town is one of the places liberated from the Japanese by American forces in Leyte 75 years ago, its people have an ongoing love affair with an official of the Japanese Imperial Army.

They even built a shrine on the spot where Capt. Isao Yamazoe was killed by Filipino guerrillas on April 22, 1943.

“When the Japanese [commanders] told them to go rob the locals, he did not,” Que said.

Yamazoe, fondly called “Captain Yamasoy” by residents of the town, is remembered as someone who was gentle, compassionate, fair and always smiling.

Jovito Bautista Jr. was 13 when around 70 troops from the Japanese Imperial Army entered the town on Aug. 23, 1942.

The mayor at the time advised the frightened residents to just greet the Japanese so they would not be harmed.

“Around 1 p.m., all the people of Dulag were asked by the Japanese to assemble at the town plaza. Only their dogs and cats were left behind at their houses,” said Bautista, now 89, a local historian and a retired school principal.

He said Yamazoe assured the people that life in Dulag would remain normal, government would be restored, and students would continue going to school.

Bautista recalled that there were times when he skipped classes only to be told by Yamazoe to go back to school.

The students were taught everything about Japan with Nihongo as the medium of instruction, he said.

A tall and handsome man, the Japanese official socialized with the locals and joined some of the athletic competitions held at the town plaza.

“He also joined in serenading our women. In fact, he courted one girl here, Mamirta, who had a boyfriend at that time. They never became a couple,” Bautista said.

What made the locals love Yamazoe was that the Japanese official would not hesitate to punish his own soldiers who had wronged residents.

And he took his men to join the locals in church services.

Bautista remembers only one instance of Yamazoe dealing harshly with a resident: The captain ordered a soldier to slap a man who refused to stop smoking, which was prohibited during the Japanese occupation.

“That was the only time that I saw him acting against a local resident. Otherwise, he was really good to us,” Bautista said.

According to Bautista, life in Dulag was normal, although the town was held by the Japanese. 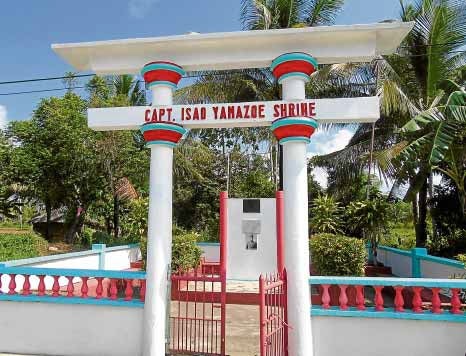 “That was why the guerrillas branded Dulag as pro-Japanese,” Bautista said.

On April 22, 1943, a Maundy Thursday, the residents were attending service in the church when the noise of a distant firefight broke out.

They were crestfallen when they learned later that guerrillas had killed Yamazoe.

The church bells were tolled all day to signify the town’s mourning, Bautista said.

“We felt sad because he was good to us,” he said.

Residents later learned that Yamazoe had proposed an engagement with the guerrillas in Barangay Del Pilar, then known as Curva, located 2 kilometers from the town center, to avoid injury to civilians.

On April 18, 1985, the Dulag Duminagat Jaycees built a shrine on the spot where Yamazoe was killed during the firefight to honor the good Japanese military official.

A black and white photo of the young Yamazoe is displayed at the shrine. It was given by the Japanese official’s nephew to the town through the then Ministry of Tourism.

Japanese tourists visit the shrine, which is maintained by the local government, Mayor Que said.

She said that despite the town’s love for the kind-hearted Japanese official, it played a role in the Battle of Leyte, which raged for three days shortly after the arrival of Allied forces at Leyte Gulf on
Oct. 20, 1944.

“We took part in liberating the whole world. Our ancestors sacrificed their lives in order to attain peace. We did our share of sacrifice… to defeat the Japanese here in Dulag,” Que said.

Dulag was one of the heaviest bombarded places in the Philippines during the campaign for liberation by the American forces, as it was under the control of the Japanese, who had built an airstrip in Barangay Rawis.

The town was destroyed and thousands of residents were killed in the bombardment.

Dulag held its own commemorative rites a day before, at Dulag Hill 120 in Barangay San Rafael, where the American forces first hoisted their flag, signifying that they had recovered the town from the Japanese.

The victory is remembered through a shrine with a figure of an American soldier climbing a coconut tree carrying an American flag. It is located a kilometer from the Yamazoe shrine.