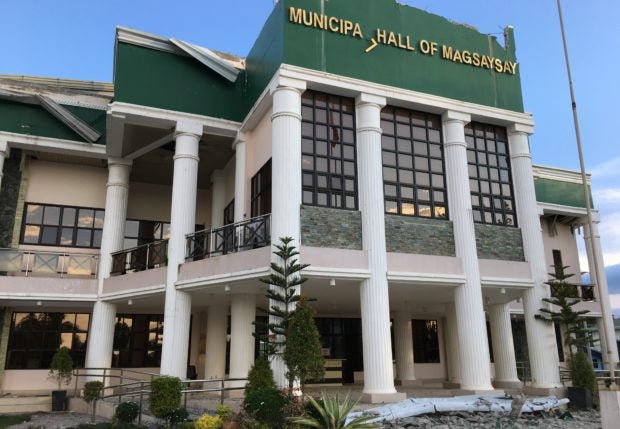 The town hall building of Magsaysay, Davao del Sur after the magnitude 6.3 quake that struck Cotabato province and was felt through a large part of Mindanao on Wednesday, Oct. 16, 2019. (Photo by Germelina Lacorte / Inquirer Mindanao)

Davin heeded the recommendations of the Municipal Disaster Risk Reduction and Management Council (MDRRMC) and of Philippine Institute of Volcanology and Seismology (Phivolcs) experts who were here to assess the extent of the damage.

Davin’s order also included the village of Malawanit, where huge ground cracks triggered a landslide during the quake, causing the death of a 22-year old mother and her nine-month-old child.

Davin said 70 families in Sitio Labidangan in Upper Bala and 58 families in Malawanit had been identified as among the most vulnerable.

Anthony Allada, Magsaysay town information officer, said police and village officials had persuaded residents to leave. Residents were ferried to safer ground, where they were assisted by the local government.

The quake has caused three deaths and displaced some 1,500 people in Magsaysay town. After the recent assessment that pegged the total quake damage at P200 million, the Magsaysay Municipal Council declared the entire town under state of calamity. 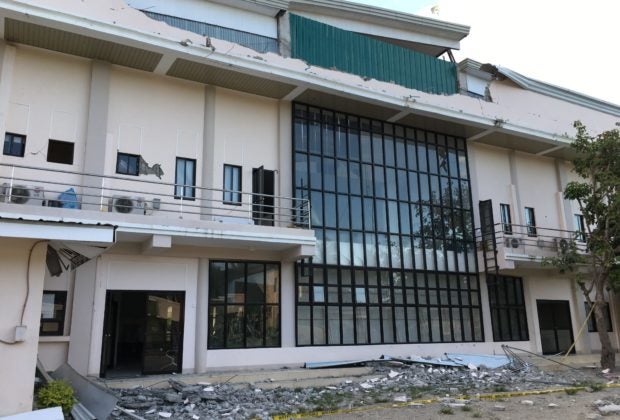 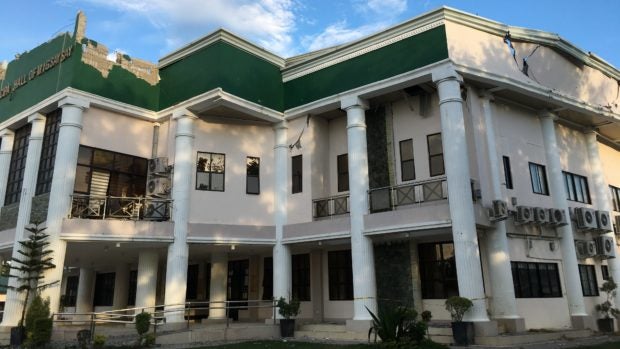