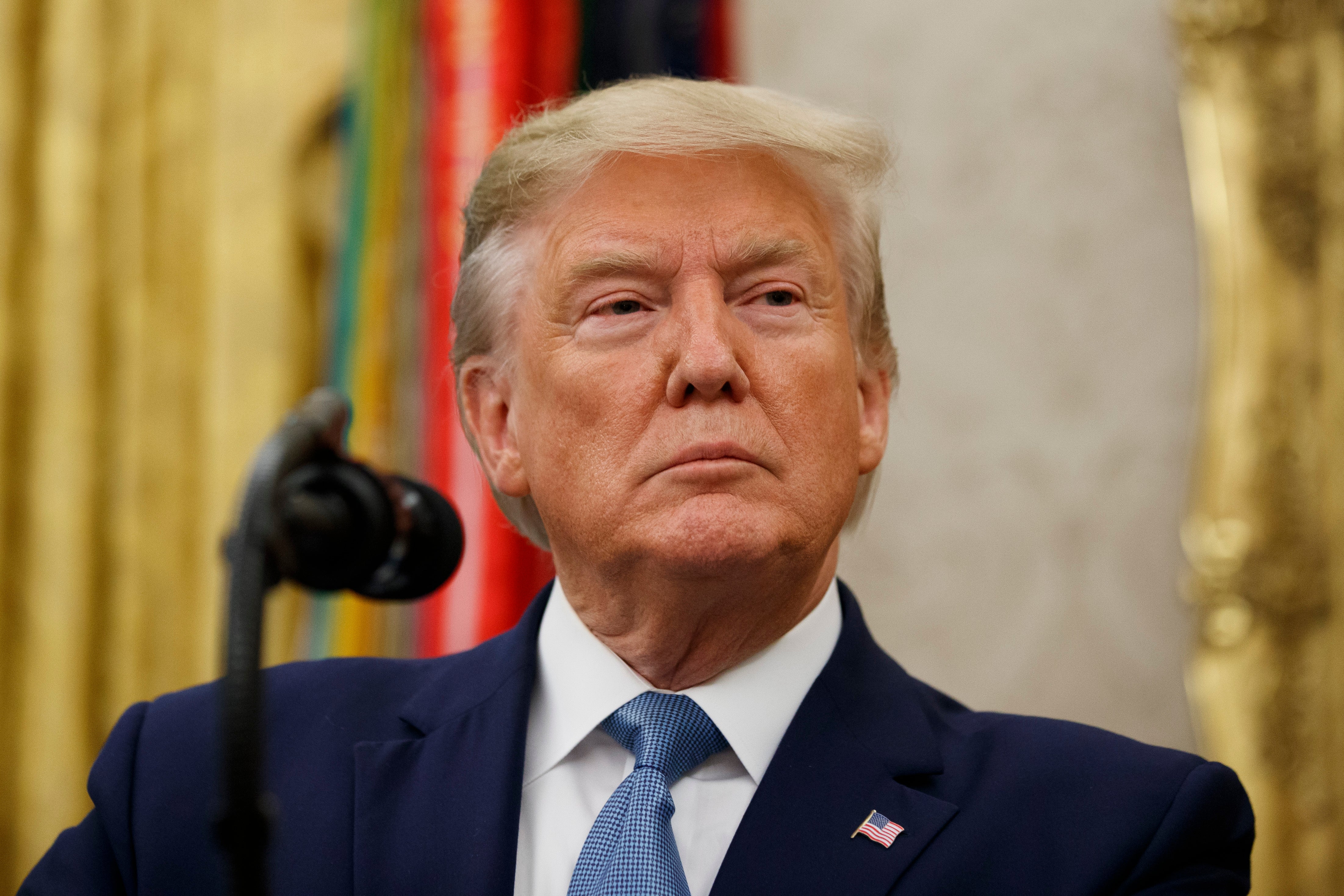 President Donald Trump pauses before speaking during a ceremony to present the Presidential Medal of Freedom to former Attorney General Edwin Meese, in the Oval Office of the White House, Tuesday, Oct. 8, 2019, in Washington. (AP Photo/Alex Brandon)

WASHINGTON — US President Donald Trump said on Saturday the next G7 summit will not be at one of his own Florida golf clubs, reversing a decision that had sparked corruption accusations.

“Based on both Media & Democrat Crazed and Irrational Hostility, we will no longer consider Trump National Doral, Miami, as the Host Site for the G-7 in 2020,” the president tweeted.

“We will begin the search for another site, including the possibility of Camp David, immediately.”

Acting White House Chief of Staff Mick Mulvaney had on Thursday announced that the south Florida venue was “the best place” among a dozen US locations considered for the June 10-12 gathering next year.

Critics said the move would violate both the foreign and domestic emoluments clauses that are designed to shield a US leader from outside influence.

On Friday, new legislation to block the plan was introduced by Democrats in Congress, who have already opened an impeachment investigation into allegations that the president pressured Ukraine into interfering on his behalf in the 2020 US election.

The bill, called “Trump’s Heist Undermines the G-7 (THUG) Act,” would have cut off all federal funding for the move, and require the White House to turn over all relevant documents that show how administration officials decided on Doral.

Trump National Doral is vital to his organization’s finances and was once one of his biggest money-makers — but it has been in steep decline, according to the Washington Post.