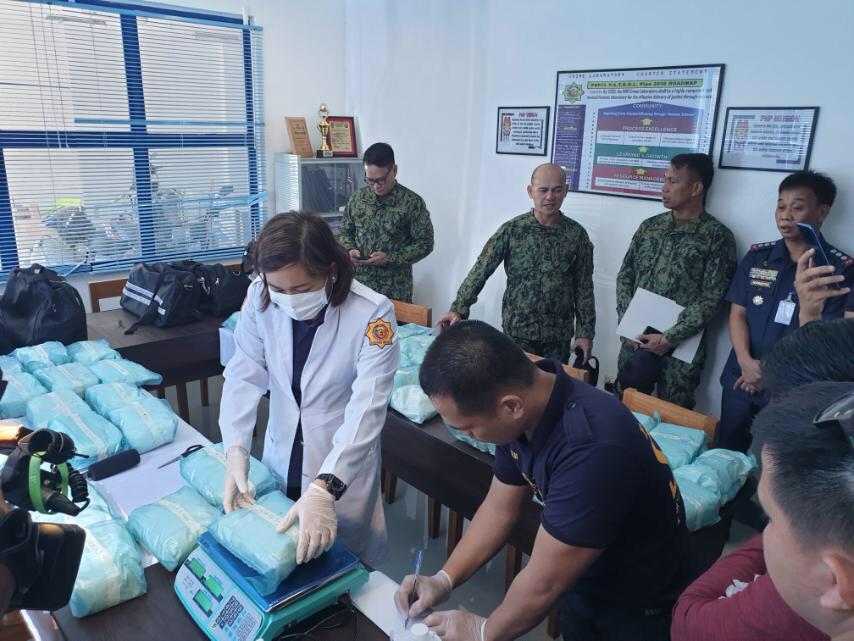 Authorities inspect large packs of suspected “shabu” worth around P520 million, which were found from two vehicles intercepted in a checkpoint in Samar on Thursday afternoon, October 17, 2019. (Photo from Samar Police Provincial Office)

MANILA, Philippines — Authorities have intercepted two vehicles carrying around P520 million worth of suspected “shabu” in a checkpoint along the Maharlika Highway in Barangay Buñagan in Gandara town, Samar.

According to police, the suspected illegal drugs weighing 88 kilograms were confiscated from a Mitsubishi Lancer and a Nissan Sentra at about 4:30 p.m. on Thursday.

Five suspects, including a pregnant woman, were arrested in the operation which was conducted by joint units of the Eastern Visayas police and the Philippine Drug Enforcement Agency. A 14-year-old boy was also rescued during the operation, police said.

Police said the vehicles were flagged down based on intelligence report that illegal drugs are being transported along the area to an unknown destination. Officers then found the drugs inside the vehicles during inspection.

Dizon said charges for illegal drug trafficking are being readied against the suspects.  /muf