newsinfo / Nation
Nation
Senator says law should defend the harassed, not the harassers 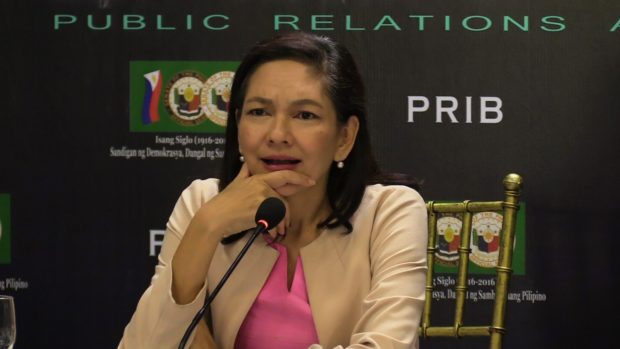 MANILA, Philippines — Senator Risa Hontiveros on Thursday reprimanded an office of the Ateneo de Manila University (ADMU) for using the Safe Spaces Act as one of the reasons why it opted not to disclose the identities of its faculty members accused of sexual harassment.

In a statement, Hontiveros said the school’s marketing and communication office “clearly misunderstood the law.”

“I am equally incredulous over a statement issued by Ateneo’s Marketing and Communication’s Office invoking the Safe Spaces Act or the Bawal Bastos Law…as one of its reasons for refusing to heed the call for greater transparency regarding the identities of the harassers and the overall conduct of the school’s investigations into the matter,” she said.

“It is patently false and a misrepresentation of the intent of the law…I respectfully admonish the office for its misuse of the law, and wish to set the record straight,” Hontiveros, who principally authored the law, added.

The senator issued her statement amid sexual harassment allegations against some members of the school’s faculty.

Earlier this week, students and faculty of the Ateneo de Manila University-Loyola Schools (ADMU-LS) protested the growing number of sexual harassment and misconduct cases inside its campus.

They also protested what they claimed was the “impunity” of the offenders.

The school, in an earlier statement, said measures have been put in place to protect its students and employees against sexual harassment.

It further said that the formal complaints that have been filed were handled by the university’s decorum and investigation committee, which is tasked to probe the case “in accordance with the process required by law and our University rules.”

However, the school said it could not divulge the identities of the parties involved due to confidentiality restrictions under the Data Privacy Act and Safe Spaces Act.

But Hontiveros said the Safe Spaces Act “protects the identities of the accused if they are minors, not adults accused of being sex offenders.”

“While the law recognizes the right to due process, it does not promote non-transparency, nor does it condone any culture of secrecy regarding cases of sexual harassment, especially if it favors the harassers,” she added.

Hontiveros, a graduate of Ateneo, also expressed extreme concern over reports of alleged sexual harassment in the university.

“Sexual harassment has no place in any educational institution,” she said.

“It is not only a crime clearly punishable by law, it also undermines the safety and integrity of the academic community and is an attack against the dignity and human rights of the victims,” she added.

The senator, who chairs the Senate committee on women, children, family relations, and gender equality, then called on the school management to hold the offenders “fully accountable.”

“As a woman, alumna and mother, I trust that Ateneo will do the right thing, hold these people fully accountable, and place the welfare of the students above all other things,” she said.

“No space is ever safe for as long as sex offenders are allowed to thrive,” she added.

She further noted that the Safe Spaces Act was signed into law to “keep potential victims safe from different forms of gender-based harassment and abuse.”

“It is not meant to insulate offenders from accountability. Because the first safe space is the truth,” she added. /jpv