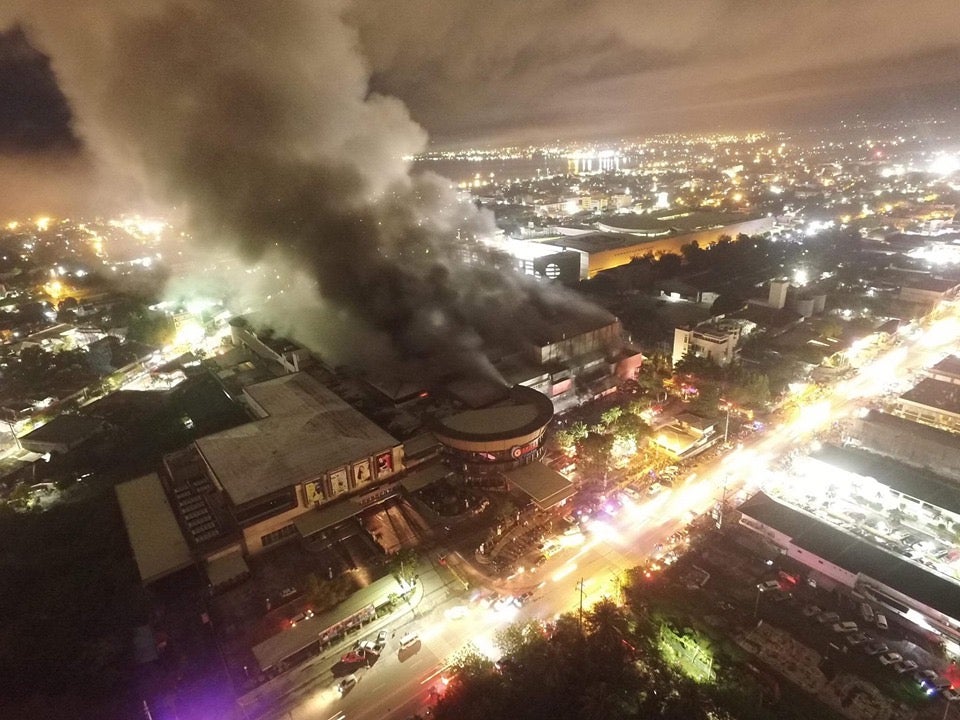 This photo was posted by Mayor Ronnel Rivera on his FB page minutes after fire broke out at Gaisano Mall of GenSan about 8 p.m., shortly after the 6.3 magnitude quake. CONTRIBUTED PHOTO

KORONADAL CITY — Fire reignited at the Gaisano Mall of GenSan in nearby General Santos City six hours after the Bureau of Fire Protection (BFP) declared fire on Thursday, Oct. 17.

General Santos Mayor Ronnel Rivera said the fire at the mall was rekindled past 7 p.m. He could not explain how it happened.

Fire first hit the mall on Wednesday, Oct. 16, after a magnitude 6.3 earthquake that was felt in large parts of Mindanao.

Authorities estimated damage at P2 billion. Fire out was declared 1 p.m. on Thursday almost 18 hours after the fire started at the newly-renovated mall.

When the fire reignited on Thursday evening, Rivera said firefighters had to punch holes on the wall to provide ventilation which could help kill the fire./TSB