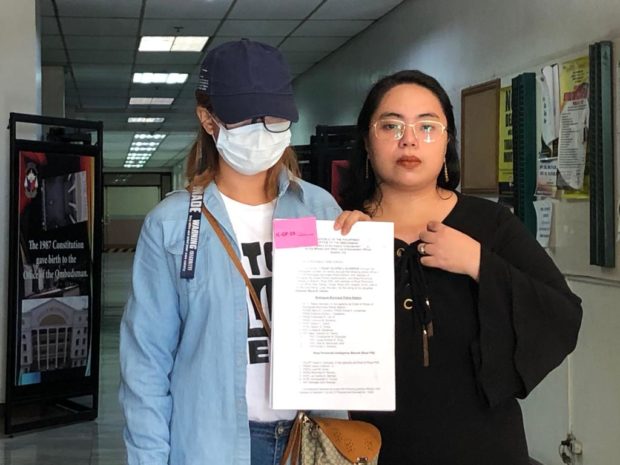 MANILA, Philippines – The mother of three-year-old girl Myca Ulpina, who was killed during an anti-drug operation last June, has filed murder complaints against members of the Rodriguez police.

According to the complaint submitted by lawyers from the group National Union of People’s Lawyers (NUPL) on Thursday, 39 Philippine National Police (PNP) officers from the Rodriguez town including chief of police Lt.Col. Resty Damaso, Rizal Provincial Intelligence Branch chief Lt. Col. Noel Campos, were named in the charge sheet.

Criminal charges for obstruction of justice were also filed against police officers of the Rodriguez Municipal Police Station, Scene of the Crime Operations of Police Regional Office 4-A, and the PNP Internal Affairs Service.

Last June 29, anti-drug operatives were tracking down a certain Renato Dolofrina in Barangay San Jose in Rodriguez.  They were able to kill the suspect, but his daughter — Ulpina — was also shot.  She was rushed to the hospital but died a day after the operation.

According to the NUPL, the obstruction of justice cases were in relation to claims that Ulpina was used by Dolofrina as a “human shield” to get away from authorities.

Ulpina’s mother, however, denied that Dolofrina used his daughter as a shield.

“The investigators who probed the incident in relation to the killing of Myca, we also pressed charges for obstruction of justice,” NUPL lawyer Kathy Panguban said in a press briefing after the filing of the case.

“The investigators came up with a report saying that the case of Myca is homicide because the child sustained gunshot wounds on her hands and feet, and of course, they are floating the human shield angle,” she added.

The mother, who chose to remain anonymous, said they are still looking for justice.

“What I have been saying before, that we are looking for justice for my daughter, it remains the same until today,” she explained.

Senator Ronald dela Rosa, former PNP chief, said that the incident was an unfortunate one but “shit happens” — drawing the ire of various administration critics for his alleged insensitivity to the plight of Ulpina’s family.

Meanwhile, the PNP mourned the death of Ulpina, but still insisted that she was used as a human shield by the suspect. /jpv