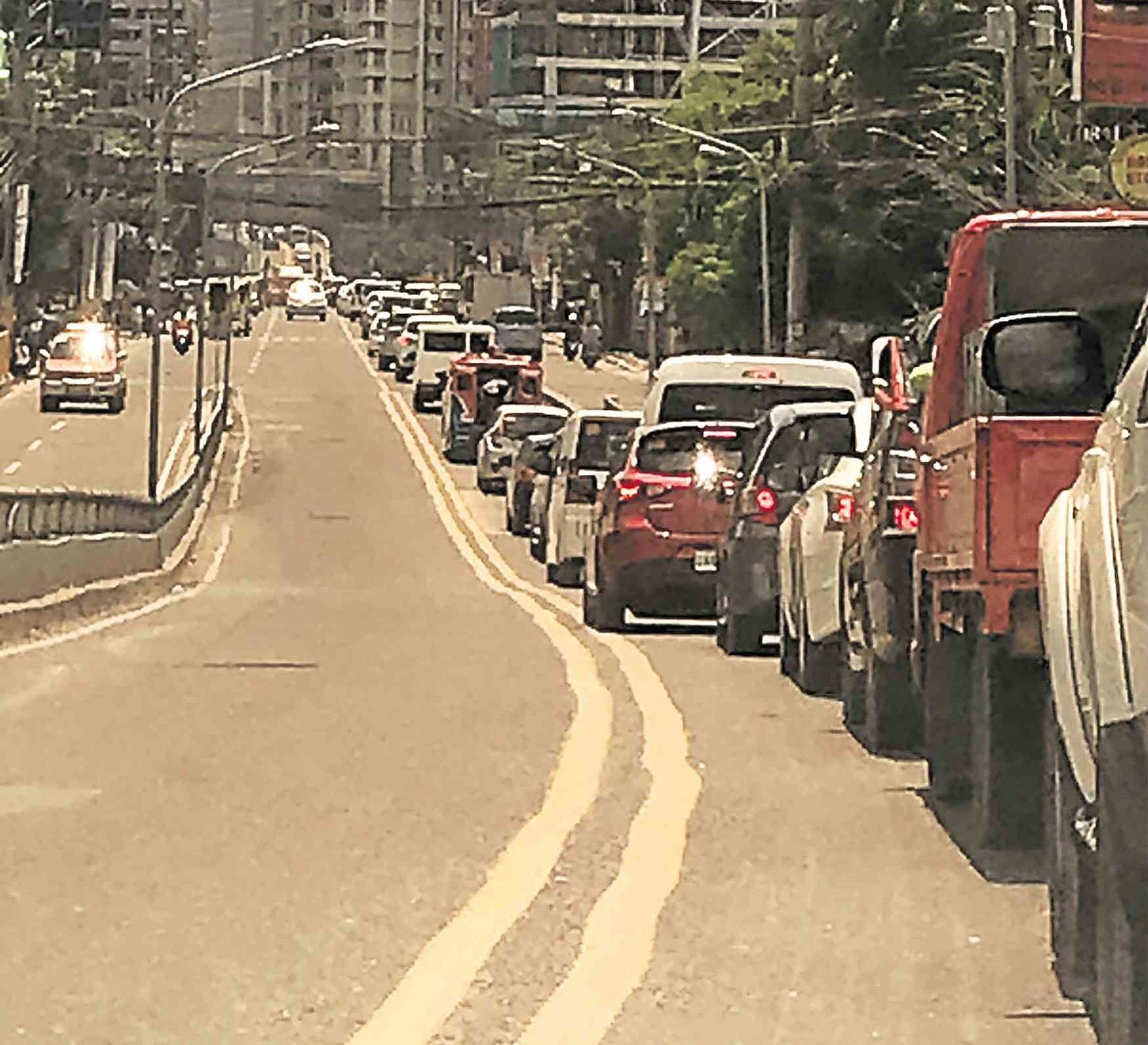 CEBU CITY, Philippines — Cebu Gov. Gwendolyn Garcia was 50 meters away from the provincial capitol on Monday morning. But traffic was at a standstill that the governor decided to get out of her vehicle and walk to the capitol compound to make it to the 8 a.m. flag ceremony. She arrived three minutes early.

That same afternoon, the Cebu provincial board passed a resolution declaring a “traffic crisis” on the island province amid long hours of daily commute and land travel, which local legislators believed to be of “public calamity magnitude.”

With road congestion now embedded in Cebuanos’ daily life, the provincial board wanted the national government to fast-track infrastructure projects that were supposed to address the worsening traffic problem in Metro Cebu.

A separate resolution also asked Congress to grant special powers to President Duterte to address the traffic situation in Cebu. This resolution also highlighted the need to fast-track the proposed mass transportation projects in Cebu, including the Bus Rapid Transit and the train system.

Board member Glenn Soco, who authored the resolution declaring a “traffic crisis” in Cebu, cited a Japan International Cooperation Agency (Jica) study, which pegged the economic losses in the province at P1.1 billion daily because of traffic congestion.

While there were numerous infrastructure projects initiated by the government, Soco said these projects were moving at a snail’s pace.

Soco, former president of the Mandaue Chamber of Commerce and Industry, also said that the Department of Public Works and Highways (DPWH) had adopted the Jica studies in 2015 and 2018, proposing a Metro Cebu Expressway Project.

But he said the budgetary demands and fiscal allocations for the expressway were not enough for a “speedy completion.”

With the declaration of a traffic crisis, Soco also wanted all sectors to start discussions and be involved in finding solutions.

While Garcia supported the declaration of a traffic crisis, she said she would instead focus on immediate remedial actions and “what can be done.”

During the recent Metro Cebu Development and Coordinating Board meeting, Garcia said she asked the DPWH to start working on intersections in Metro Cebu where a roundabout or rotunda could be installed instead of traffic lights.

Garcia said local officials had identified at least 20 intersections in the major highways connecting towns and cities in Metro Cebu where a roundabout could be placed.

There were also areas where U-turn slots could be put up instead of roundabouts.

She cited the national highway in Minglanilla town where congestion was caused by the stoppage of vehicle flow because of intersections.

“For me it is illogical that you have to stop the entire movement on a national highway just to let a tricycle cross when they can very well do that if they go with the flow (as in roundabouts and U-turn slots),” Garcia said.

“This does not take billions [of pesos] in infrastructure nor will it take two years to implement; this can immediately be done. With the U-turn slots, it can be done immediately,” she added.