In Baguio, gongs clang out for Cordillera knowledge 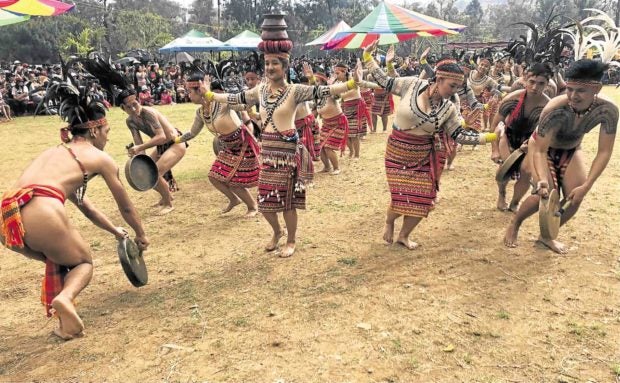 SUSTAINING TRADITION Students from Saint Louis University perform the Kalinga “eagle dance” to the beat of gongs during Sunday’s staging of the Gong Festival at Burnham Park in Baguio City. The festival aims to sustain and pass down indigenous knowledge to younger generations of Cordillerans. —VINCENT CABREZA

BAGUIO CITY, Benguet, Philippines —The staccato beats played on as a thousand brass gongs rung out in downtown Baguio at 7 a.m. on Sunday.

Young men in g-strings beat their gongs as they led Cordillera students and elders on the sidewalks of Session Road to draw people to the Gong Festival at nearby Burnham Park.

The playing of gongs is usually performed by a select group of men during weddings, deaths, a birth or a bountiful harvest that gathers villagers for the “cañao” (community feast) in Benguet, Mountain Province, Ifugao, Kalinga, Apayao and Abra.

But when the first Gong Festival was staged by filmmaker Jo Banasan and her crew in 2012, they believed the gongs also served as “anchors” for indigenous knowledge and traditions which they wanted young Cordillerans to embrace and practice.

The gong also represents unity among Cordillera tribes, said Banasan’s husband, Raffy Kapunan. The Cordillera is made up of several tribal cultures, making it the biggest cluster of indigenous peoples’ (IP) in the north.

About 40 delegations, the farthest coming from Apayao province, participated in Sunday’s festival to showcase their respective traditions.

Kapunan said he and fellow festival organizers “took pains not to exploit ritual dances.” He said IP knowledge advocates continued to discover new details about the Cordillera culture when they documented traditional practices. 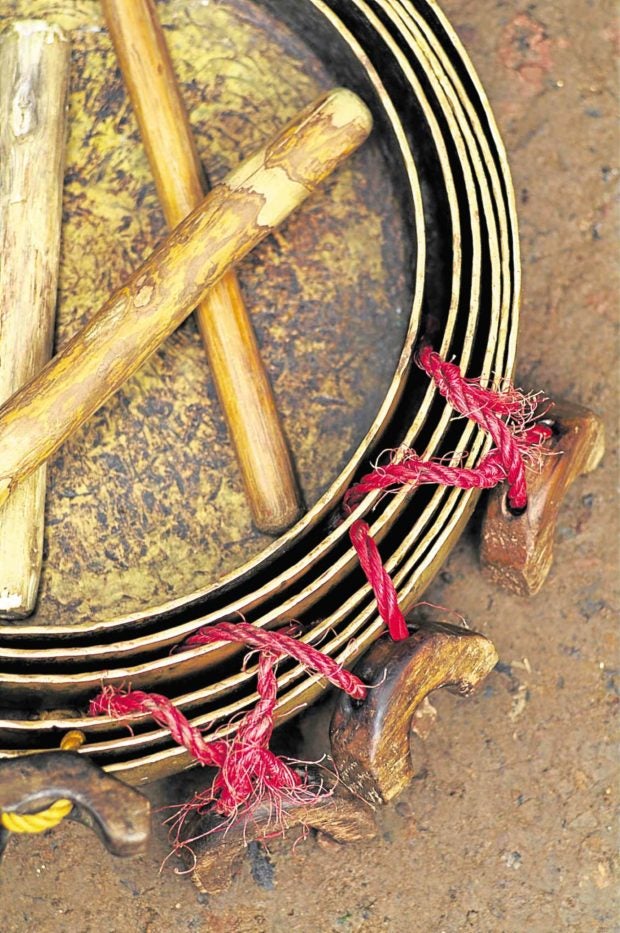 UNITY SYMBOL The gong is a symbol of unity for indigenous peoples in the Cordillera. RICHARD BALONGLONG

The group Sumya-an performed the Mountain Province courtship dance, “pinanyu-an,” which required an upbeat rhythm from the gong players.

The Ayuweng di Gansa performed the Bontoc war dance called “pattong” that was popularized in tourism festivals in the 1970s.

The cultural group from Calanasan town in Apayao performed the “talip,” an Isneg victory dance which required the village warriors to dance around the severed head of an enemy, and the “taddo,” a courtship dance.

A women’s group, the Kabenguetan Ladies Circle, performed the “binegbengan,” a slow rhythm dance held during a “pedit” (grand cañao).