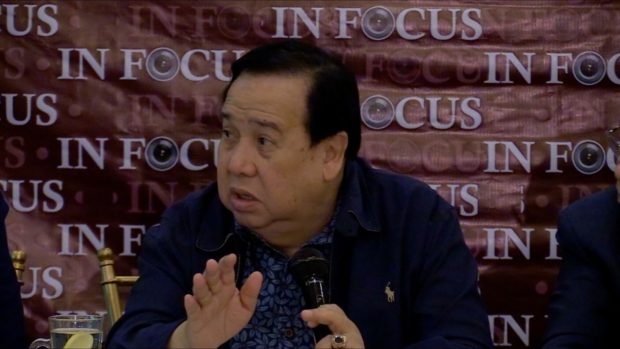 MANILA, Philippines — The members of the Judicial and Bar Council (JBC) agreed to refresh the shortlist of nominees who will be qualified as candidates to replace retiring Senior Associate Justice Antonio Carpio, Senator Richard Gordon said Saturday.

(Yes, but we talked that we will do the list again on Tuesday, that is not yet final.)

It was previously reported that the JBC submitted a shortlist to Malacañang the possible candidates to be the next Supreme Court Associate Justice, as Carpio is set to reach the mandatory retirement age of 70 on Oct. 26.

Asked who are the possible names who may make it to the shortlist, Gordon mentioned Justice Diosdado Peralta, Justice Estrela Perlas-Bernabe, Justice Jose Reyes Jr. and Justice Andres Reyes, Jr.

Gordon added that the JBC will finally the shortlist in the said meeting. /jpv