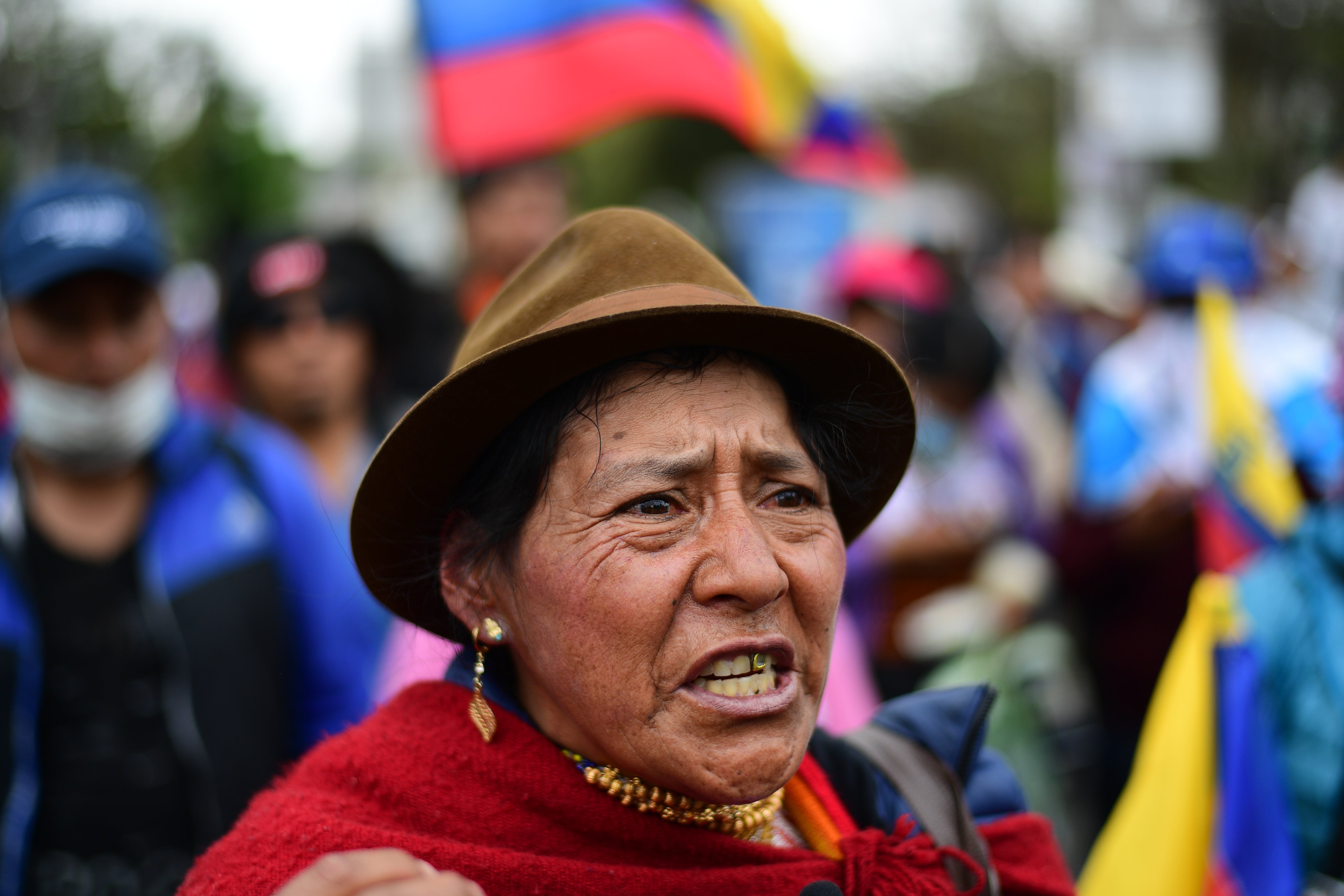 An indigenous woman demonstrates outside the House of Culture in Quito while other protesting members of the indigenous community gather in the building on October 10, 2019 as Ecuador faces protests over a fuel price hike ordered by the government to secure an IMF loan. – Indigenous groups in Ecuador on Thursday seized eight police officers in the capital Quito during a tense stand-off amid violent protests over rising fuel prices. (Photo by Martin BERNETTI / AFP)

“The dialogue that he’s seeking lacks credibility,” the indigenous umbrella group CONAIE said in a statement, adding that it would negotiate with the government only when a decree to remove fuel subsidies has been “repealed.”

Indigenous groups from disadvantaged communities in the Amazon basin and the Andes have spearheaded demands that Moreno reinstate fuel subsidies that were cut last week — part of a deal his government struck to obtain a $4.2 billion loan from the IMF.