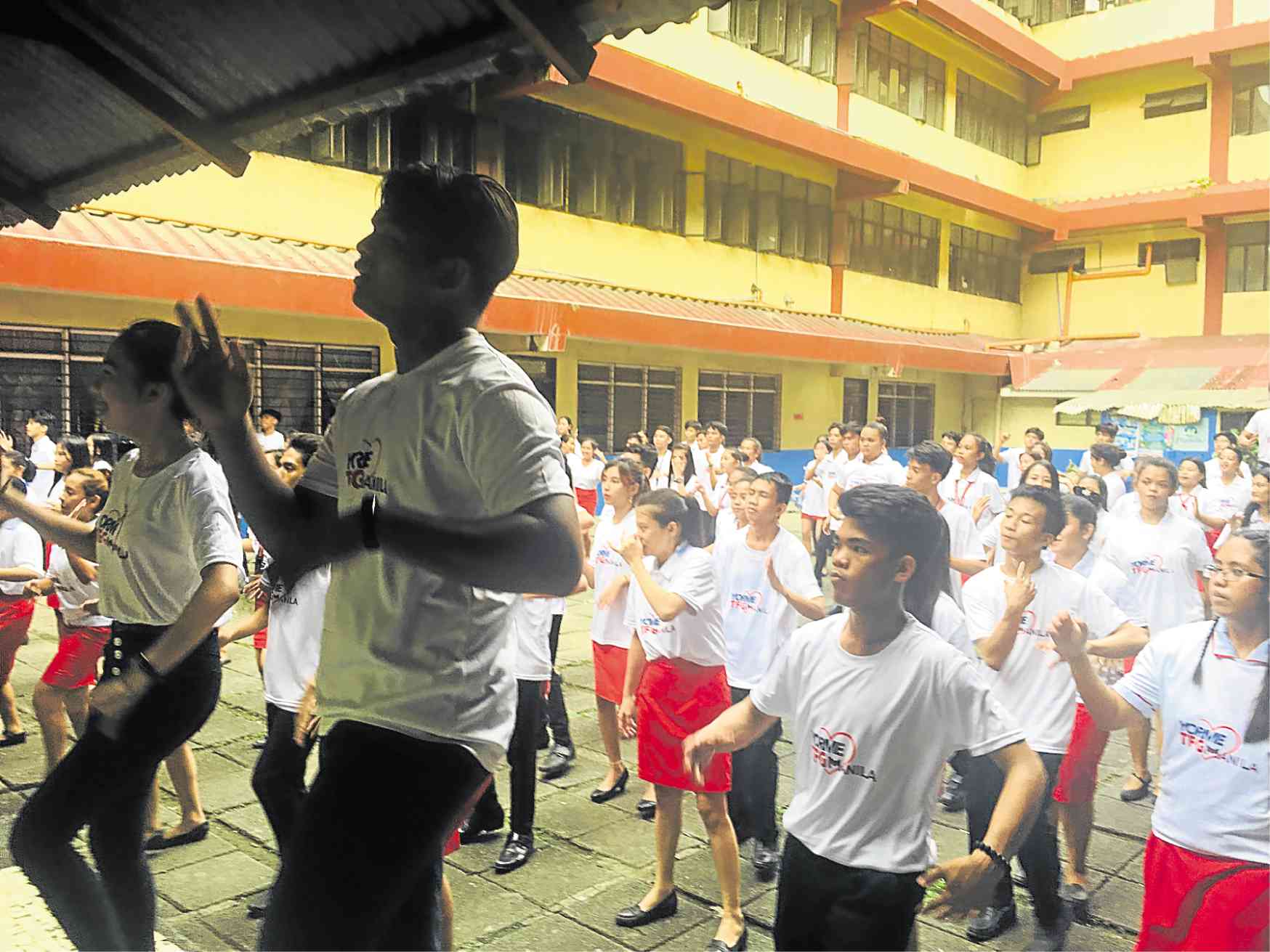 Fourteen teenagers from Balanga City left for Manila last week for what they called a first-time task.

Their latest feat gathered 44,172 young people in an assembly and made them pledge to commit to never smoke in their entire life, their coordinator Oliver Enriquez said.

TFG founder, Dr. Koong Heng Nung, considered Bataan as the first province that adopted the social movement in 2016, or six years after it was started by medical doctors, nurses and volunteers in Singapore.

During the assembly, the teenage health ambassadors took turns introducing in animated ways the whys and hows of TFG to 200 students of Tondo High School (THS) and 33 school principals in Manila.

Manila Mayor Francisco “Isko Moreno” Domagoso assembled them to make up the first batch of TFG advocates in the city, beginning with THS where he finished high school.

He knew Bataan only as a place where he worked as a farmhand in his younger years. He learned of TFG from Bataan Rep. Joet Garcia, who supported the movement when he was Balanga City mayor.

After asking Garcia to help spread TFG in Manila, Moreno asked the city council to adopt it as a program and give it funding.

“I spent almost 10 years of my life on this single mission,” Koong, a Singapore-based lung surgeon, told his audience to emphasize that TFG is not a one-time thing.

On top of being inspired by his sick patients, Koong founded TFG after tobacco control leaders hailed his group’s scientific paper as “powerful” for proposing to phase out the supply from those born after 2000.

Koong said TFG “does not target addicted, adult smokers but instead, focuses on providing evidence-based tobacco prevention education for kids.”

It is not antagonistic to smokers because it cares for them, he said.

According to Koong, some smokers do not want their children or future generations to form the habit or, at worst, to be addicted.

He said the “unity of both smokers and nonsmokers for a healthier, future population is more harmonious than the current divisive tobacco control regulations that penalize, alienate and divide our people, allowing the tobacco addiction to prevail.”

Young people promote TFG by being creative and by using their own social media network, he said.

In market-speak, they are not going to be “replacement smokers” who take the place of quitters for health reasons.

THS principal Sonny Valenzuela said the school of 6,280 students had an average of 20 incidents a month where boys were caught smoking cigarettes and marijuana.

In 2014, the Balanga government started a healthy lifestyle program aimed at raising life expectancy to 75 and helping SAD (smokers, alcoholics and drug addicts).

The United Nations Educational, Scientific and Cultural Organization hailed Balanga as a “learning city.” It recognized the local government’s partnership with the Department of Education in training 1,600 senior high school students as peer facilitators, teaching parenting skills to parents and deepening the knowledge of village leaders on laws and policies.

Koong arrived in Balanga City in 2015 for a World Health Organization conference.

“At first he wondered why the conference was held three hours away from Manila. When told that few people smoked in Balanga, he went around with his camera and found no one smoking in public places,” Enriquez recalled.

Koong linked up with Garcia for a survey that showed 92 percent of 1,000 students said they were willing to support a program that was going to restrict tobacco use.

Then he tapped into the ranks of peer facilitators to develop the core of TFG advocates.
Happy helping

He returned in December 2016 when Garcia launched TFG in Balanga through a dance fitness event that the Guinness World Records entered in its book as the largest so far.

Many TFG advocates in Bataan come from struggling families like that of Dela Cruz, whose father works as a janitor while her mother bikes around villages selling vegetables.

The provincial government helps them get college education through scholarships.

Four batches of medical students from Singapore have come to learn how these Bataan youngsters popularize TFG.

“The satisfaction comes from being able to help your fellow youth,” Señeres said, adding that training new advocates is a new leaf in their experience.

Koong appeared every bit a persevering mentor, helping them learn the dynamics of teamwork and articulating the TFG messages.

A new feature of the Bataan campaign is that teacher Jonathan Baldeo and his juniors, Jenna Rose Ventura and Mark Era de Luna, made a lesson plan teaching TFG to be able to complement what is taught in Grade 8 classes.

“Our lesson plan teaches students how to resist smoking, and there are many positive ways to do that,” Baldeo said.

Valenzuela called TFG a “trailblazing advocacy” and expressed hopes it could really reach the youth of Manila.