Marines chief to step down 5 months ahead of retirement 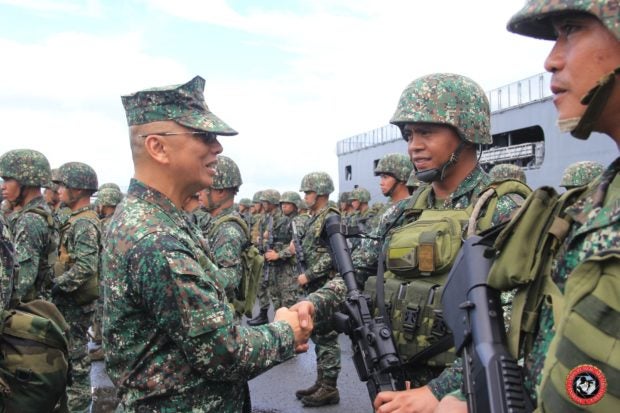 MANILA, Philippines — Maj. Gen. Alvin Parreño, commandant of the Philippine Marine Corps, is set to step down from his post five months ahead of his scheduled retirement.

It remains unclear if he will get a new position or opt for early retirement. He will reach the mandatory retirement age of 56 in March 2020.

Naval Inspector General Maj. Gen. Nathaniel Casem will take over his post on Monday, October 14, at a change of command ceremony in Taguig City.

Sources within the Philippine Marines said Parreño’s relationship with his classmate Navy chief Vice Adm. Robert Empedrad has frayed over personal differences. Both are members of the Philippine Military Academy “Sinagtala” Class of 1986.

Talks said that Parreño was offered a position as Vice Commander of the Philippine Navy, but he declined. /kga