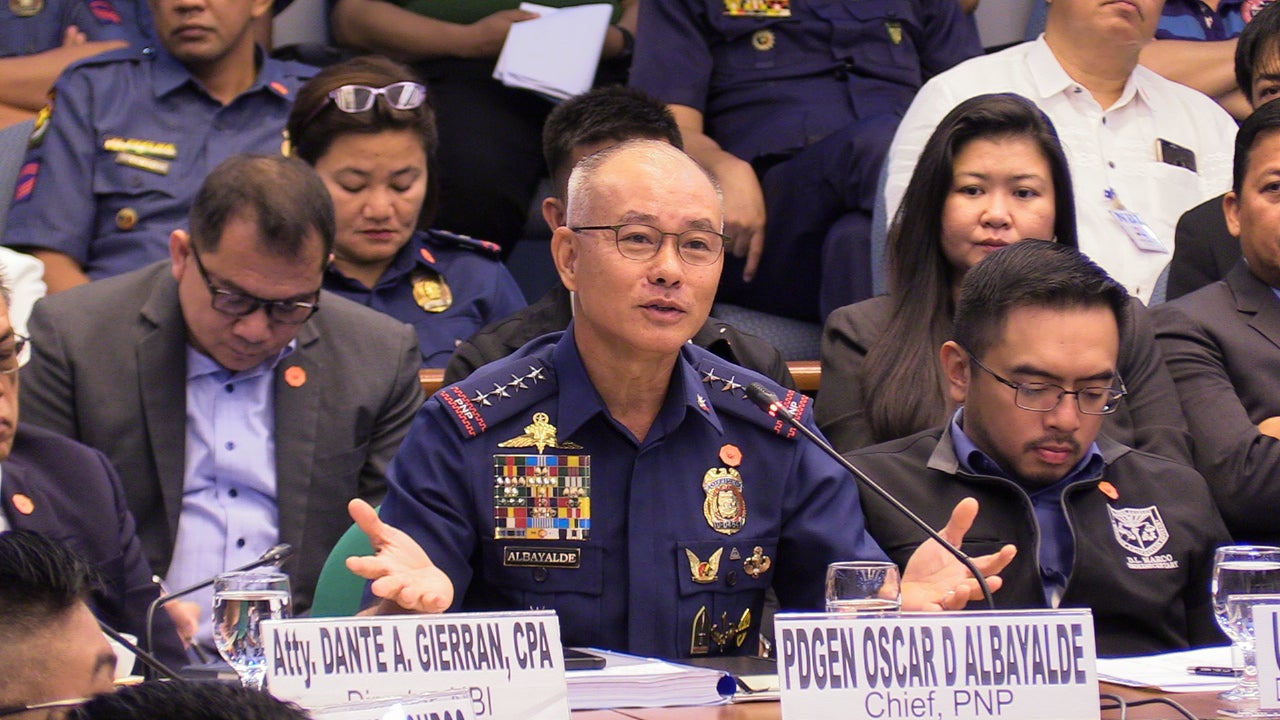 MANILA, Philippines – The Philippine National Police on Thursday dismissed reports that its chief, Gen. Oscar Albayalde has resigned amid the investigation on the so-called ninja cops and  alleged irregularities during a major drug raid in 2013 in Pampanga.

“The PNP dispels the rumor circulating in social media that the PNP chief, Police General Oscar Albayalde has resigned from his post,” PNP spokesperson Brig. Gen. Bernard Banac said in a statement.

Banac reiterated Albayalde’s earlier statement that his fate as PNP chief is up to President Rodrigo Duterte.

He added that Albayalde is ready to turn-over his post to his successor selected by the President once he retires on November 8, 2019.

Banac also quoted Albayalde as saying: “I question the timing of this attack and smear campaign against me. Until now, despite the Senate hearings conducted, no hard evidence was ever presented showing that I was involved in that drug raid in Pampanga in 2013. All statements made remain allegations, insinuations, and unsubstantiated.”

“The PNP chief vehemently denies calling Colonel Lacadin, who was then the deputy of General Magalong in CIDG, about the investigation into the Pampanga drug raid,” Banac  said.

“Lacadin has a lot of explaining to do and he will have his day in court,” said Albayalde.

“All those police officials ganging up on me have ill motives against me and obviously all worked with the previous administration,” the PNP chief added. /gsg