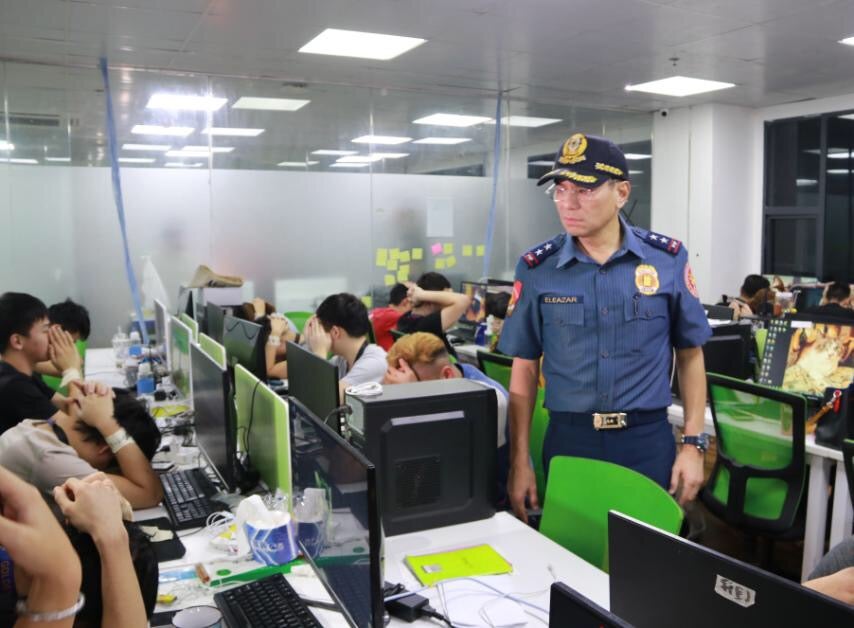 MANILA, Philippines — A total of 512 illegal foreign workers, mostly Chinese, involved in an offshore investment scam were rounded up by authorities in Parañaque City Wednesday night.

Initially, the National Capital Region Police Office (NCRPO) said in its report that 524 illegal foreign workers were arrested, but it later corrected its data to 512.

The foreigners were arrested at their operations center in a condominium along NAIA Road at 9:40 p.m., the National Capital Region Police Office (NCRPO) said in a report.

Initial investigation showed they were involved in an offshore telecommunications work enticing foreigners to invest in fraudulent businesses.

The operation was jointly conducted by members of NCRPO, Bureau of Immigration, Intelligence Service of Armed Forces of the Philippines, and Chinese police.

All suspects are now held at the NCRPO headquarters in Taguig City while BI is handling their documentation.