Trough of ‘Hagibis’ to affect parts of Philippines – Pagasa 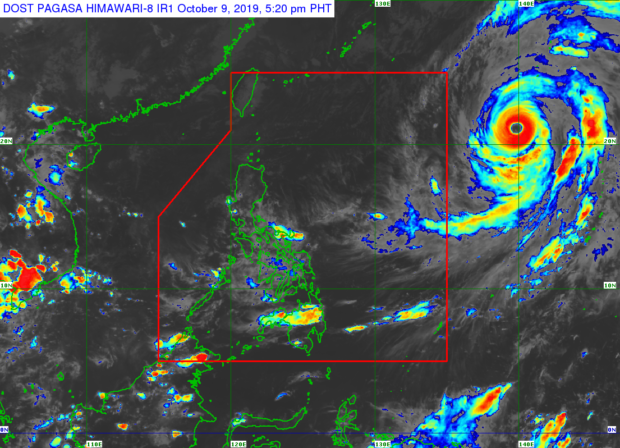 MANILA, Philippines — The trough or extension of Typhoon Hagibis is expected to affect several parts of the country, the Philippine Atmospheric, Geophysical and Astronomical Services Administration (Pagasa) reported Wednesday.

The state weather bureau said the storm was spotted 1,860 kilometers east of northern Luzon with maximum sustained winds of 200 kilometers per hour (kph) and gustiness of 245 kph.

It is moving north northwest at a speed of 15 kph, Pagasa added.

While the storm remains far from the country, its trough is affecting the regions of Visayas, Bicol, Mimaropa, Northern Mindanao, and the province of Aurora resulting in scattered weak to moderate rain showers from Wednesday night until Thursday morning.

Meanwhile, cloudy weather with dispersed rain showers would likely occur over Metro Manila due to localized thunderstorms, according to Pagasa.