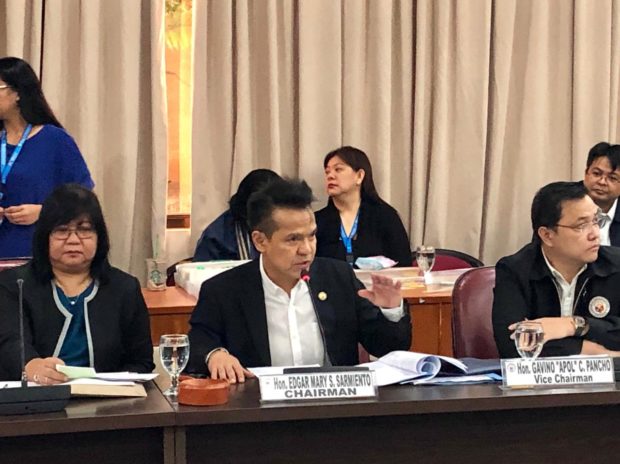 “I am a bit emotional because I can see the suffering of our constituents, a never-ending suffering and I wonder why despite the P4.1 trillion (proposed) budget duly passed by this House, we cannot even have the decency of a mass public transportation system,” he added.

It was Bagong Alyansang Makabayan Secretary-General Renato Reyes who concluded of a “mass transport crisis” in Metro Manila because of the power glitch and the mechanical issue the MRT-3 and LRT-1 faced last October 2 and 3, respectively.

Reyes, who attended the meeting, thanked Sarmiento for apologizing to commuters – a gesture he said other government officials are not doing.

While acknowledging that the problem has “no quick fix,” the activist said denying the issue and debating on whether there’s truly a crisis would not solve anything.

READ: Palace: No mass transport crisis yet in Metro Manila

Sarmiento also warned that he would issue subpoenas against secretaries of agencies related to transportation if they refuse to appear in the next meeting.

(It seems insulting to the lower chamber. You attend when the Senate calls for a hearing but when the House of Representatives summons you, you’re not here. That’s not right.)  /kga