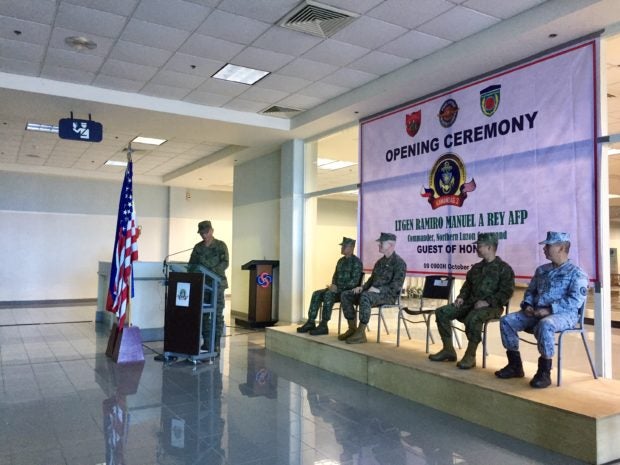 Philippine Marine Corps officials lead the opening ceremony of the third edition of “Kamandag” or “Kaagapay ng mga Mandirigma ng Dagat (Cooperation of Warriors of the Sea)” at the Subic Bay International Airport on Wednesday. Photo by Joanna Rose Aglibot

The military drill was dubbed “Kamandag” or “Kaagapay ng mga Mandirigma ng Dagat (Cooperation of Warriors of the Sea)is on its third edition.

The training is a Philippine-led military training exercise between the Armed Forces of the Philippines and US forces that will run until Oct. 18, according to Capt. Felix Serapio, director of the Marine Corps Public Affairs Office.

According to Serapio, the drill focuses on combined interoperability activities and humanitarian projects. 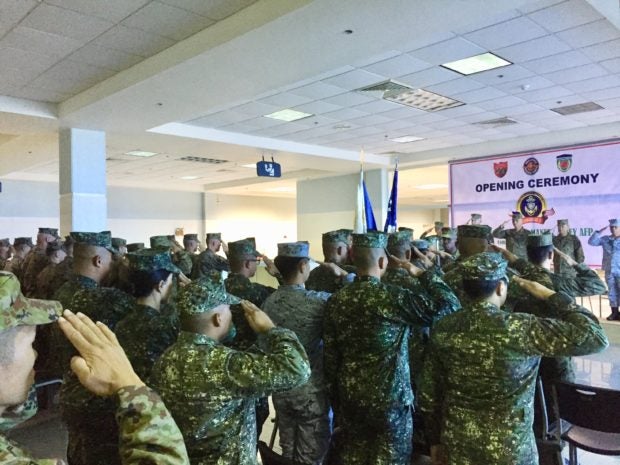 Troops from the Japan Self-Defense Forces are also joining the war games.

The training will be held simultaneously in different locations, including Cavite, Tarlac, Nueva Ecija, Zambales, Pampanga and Palawan./lzb