Pimentel underplays Duterte’s illness: ‘Not enough’ to affect his function 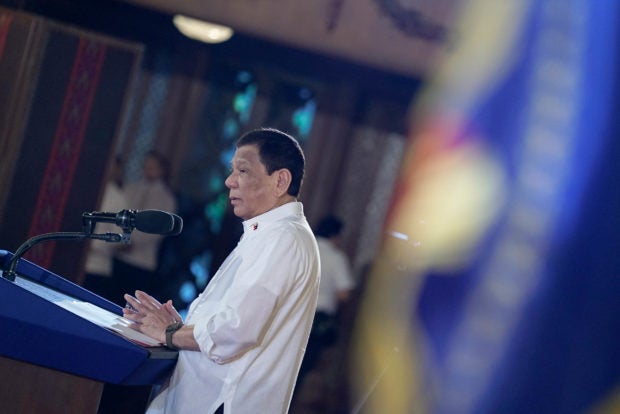 The President disclosed over the weekend that he is afflicted with myasthenia gravis. Duterte made his confession during an assembly with the Filipino community in Russia where he just concluded a five-day official visit.

The U.S. National Institute of Neurological Disorders and Stroke defines myasthenia gravis as a “chronic autoimmune neuromuscular disease that causes weakness in the skeletal muscles.”

For Pimentel, Duterte is not harboring a serious illness that must be divulged to the public as required under the 1987 Constitution.

But, he added, it is “(n)ot enough naman to affect productivity or function.”

The senator pointed how the President is still able to conduct foreign policy meeting and attend official visits to foreign countries.

He also noted how Duterte still visits military camps, and funerals, as well as accommodate visitors at Malacañang.

“Is that a person having a serious illness? I don’t think so,” Pimentel said.

Pimentel also said the President would be sensible enough, being a lawyer and a “responsible person who took the oath of office as President,” to reveal serious health conditions to the public.

“Ito ngang hindi mabibigat na illnesses pinapaalam na niya eh (For even these illnesses that are just minor, he already shares to the public),” he added. /kga