Imee Marcos: It took over 30 years to prove our innocence 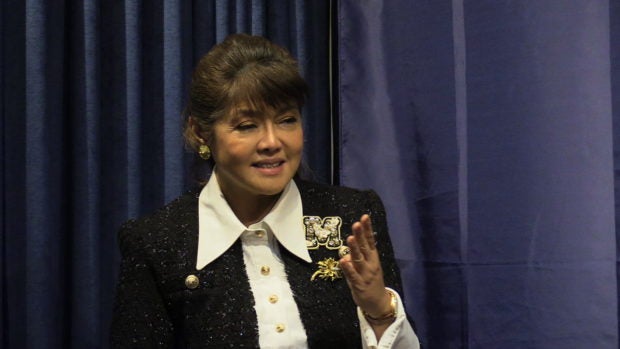 MANILA,  Philippines— It might have taken  more than 30 years “to prove our innocence” but Senator Imee Marcos was  grateful just the same.

For lack of evidence, the Sandiganbayan has junked a civil case involving an alleged Marcos ill-gotten wealth worth P1.052 billion.

The ruling was made on September 25, but was made public by the media only on Tuesday.

The  senator  initially refused to comment when asked in an interview at the Senate, saying she has yet to read the new report.

(Is there any? I’ll read it first because I don’t  know about it so I can’t comment.)

(Of course for me, we are truly thankful that after so many years and with such a lot of cases, it turns out there was no evidence.)

“So after all these years,  it took what, 30 plus years to prove our innocence?” Marcos added. /jpv